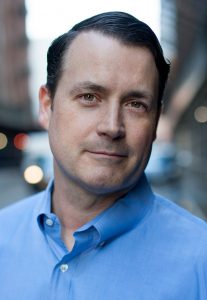 Prior to founding Kisco Capital, Mr. McCarthy held senior positions at two multi-billion-dollar hedge funds, where he acted as a trader and portfolio manager. Mr. McCarthy managed capital in adverse market conditions, including the post-tech bubble crash of 2000, the terrorist attacks of 9/11 and the collapse of the financial markets in 2008-2009. Managing risk in highly volatile markets is considered his specialty.

During Mr. McCarthy’s tenure in the hedge-fund world, he managed several investment accounts that had a combined market value of up to $6.5B. Mr. McCarthy generated positive returns every year and had his best years during the financial crisis of 2008-2009.

Mr. McCarthy attended Bentley University, where he received a B.S. in Finance, and earned his M.B.A. in Banking and Finance at Hofstra University. ​Since 2000, Mr. McCarthy has held the Chartered Financial Analyst (CFA) designation.

Mr. McCarthy is also an avid golfer and currently serves on the board of Mt. Kisco Country Club.