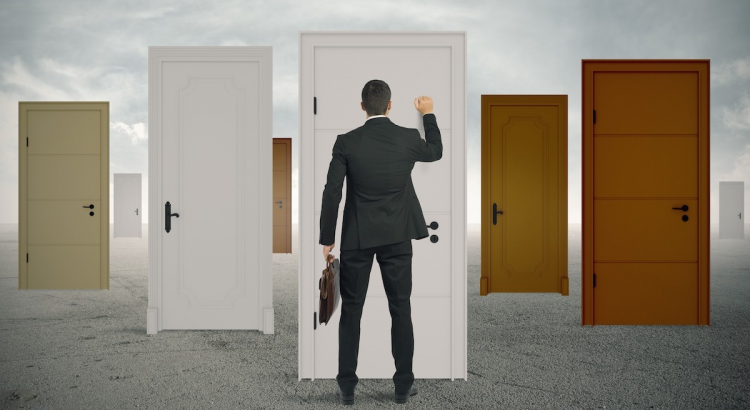 The CPI number reported this week (more below) shows inflation is abating and several Fed Governors have been hinting at only a 25bps increase at their next policy statement on February 2nd. The Fed looks to have pivoted from being concerned about inflation to being concerned about growth as falling inflation figures may be masking a slowdown in the economy. It is clear the Fed mishandled the Pandemic era by over-stimulating so it is hard to be confident they can navigate a soft landing for the economy but they got a goldilocks CPI number this week and the markets may get a run higher into the next meeting.

The chart of the S&P 500 below is at a decision point regarding the technical picture. The chart shows the previous all-time high last January and the subsequent decline of 2022. Over the past year, a distinct trend line has acted as a barrier which I have outlined below (bold green line). The last time it was tagged and rejected was mid-December, however, the S&P found support around $380 this time and has snapped back up to the trend line on the Friday close. Will it push through?

What happens next could be a big deal and set the tone for the next several weeks/months. If we can break above the trend line AND close above the December high in the $410 area then the downtrend is weakening and opens the door to much higher prices. There are many stocks down over 50%+ over the last 12 months and a modest recovery in some sectors could propel the indices higher. The technical indicators at the bottom of the chart are also pointing higher.

The bearish scenario means another failure at this level and if the S&P falls below $375 then we may reach much lower levels in this chart.

The US yield curve remains inverted and we can see how much it has moved on the CPI news as the grey line represents one month ago and the blue line is the Friday close. The belly of the curve has shifted lower as it prepares for a 5-handle on the Effective Fed Funds Rate (EFFR) which should properly invert the curve. This inversion warns of a slowdown in the economy but that may be a story for the second half of 2023.

China is coming out of three years of government imposed COVID lockdowns and this should be a good thing for the global supply chain (lower prices and growth). Chinese consumers will also spend like drunken sailors so that should spark demand into consumer products and maybe we saw a sign of that as apparel prices rose in the last CPI report.

The negative aspect to a Chinese surge is that demand for commodities and in particular oil will rise sharply in the coming months. Some analysts are predicting $100 oil once China is up and running so that could re-ignite the inflation monster and force central bankers to further hike rates. But I think that is a story for the summer months of 2023.

The bar has been set low for the earnings outlook for Q4 given all the pessimism over the last few months. Expect a lot of beats this quarter now that the bar is set low and pay attention to the outlook and what companies say about consumer demand and the supply chain. The next three weeks will be very busy for earnings reports, FYI.