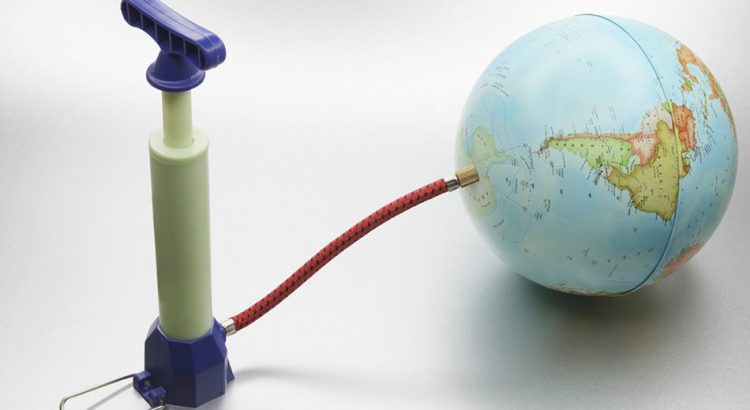 The Fed increased rates 0.75% this week and ditched “forward guidance” as they can no longer talk the market into melting up as inflation runs in the high single-digits for most major economies. The press conference on Wednesday given by Fed Chair Jerome Powell was taken by some to be dovish in that rate increases may abate in the Fall but that is wishful thinking. The Fed will also be reducing their balance sheet by $95B monthly (only half that now) beginning in September and that will have just as big of an impact as raising interest rates. Keep in mind that the European Central Bank has a 0% interest rate and the Bank of Japan is just starting to see inflation creep into their system so they will likely mirror the Fed in the coming year.

The Fed’s policy changes this year are beginning to work as the housing market is slowing and the earnings reports show this is filtering more broadly into the economy. The GDP report this week showed a contraction of 0.9% making that two quarters in a row meaning the U.S. is in a recessionary environment. And as long as the jobs market holds up the Fed will keep the pedal down on their hawkish policy. However, I think the days of the job market may be numbered as we are seeing a pullback in business spending and weaker inventory restocking. Also, earnings reports are showing that hiring will slow/stop for many companies.

The next Fed meeting is in September so there will be two months of economic data for the market to chew on before the next policy decision. We are still in the midst of earnings season and the message (so far) is that Q2 was less profitable but it was profitable. Advertising revenue is dropping in a warning signal that companies are cutting marketing budgets and retailers are telling us the consumer is frugal and buying only what they need to save for essentials like food and energy. Cost cutting will be emphasized in the foreseeable future and the supply chain and the potential for COVID shutdowns are still a risk in this environment.

In the chart below of the S&P 500 ETF (SPY) we can see that the first leg down in this bear market is complete at the June 17th low. The move higher in the S&P is beginning to get into a price zone ($400 to $435) that will give the market significant resistance in the coming weeks. In particular, wave 4 at $417 is the first logical place sellers would come in as those that bought from wave 3 to wave 4 will want to get out at a break-even. So, the S&P needs to stretch a bit higher for that to happen.

In either case there may be a battle in this price zone that last through the summer and into the next Fed meeting. The Relative Strength Index at the bottom of the chart probably will get into an oversold condition soon given the sharp rise this week. Also, keep in mind that markets top/roll-over when sentiment is positive so expect to hear many pundits declare that the bear market is over and that inflation will subside later this year (not realistic). In the chart above, the SPY would need to get above $450 to consider a bottom in place.

Over the last few decades, U.S. oil production has been on a rollercoaster of troughs and peaks. After falling from its 1970 peak of 11.3 million B/D, it reached a historic low of 6.8 million B/D in 2008. However, following a turnaround in the 2010s, the country has since surpassed Saudi Arabia as the largest oil producer. As of 2021, though, the U.S. remained a net importer of crude oil while exporting refined petroleum products. (Visual Capitalist)