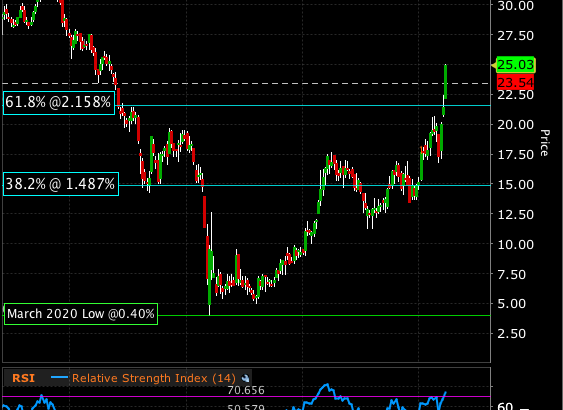 After a 15% decline from the January 4th high, it looks as though the invasion of Ukraine, February 24th, marked a bottom in the S&P 500. There was an extreme low in sentiment at that time and technical support in the $420 area held to create a local bottom. The price action these past two weeks has been very constructive as volatility is declining and breadth around the bottom showed evidenced of a kick-off to the upside. The February high will be the next point of resistance ($459) and taking that out opens the door to new all-time highs.

The headlines have been all about the yield curve this past week as the post-pandemic inflation surge is adjusting yield curves across the globe. Economists are beginning to predict multiple 50bp hikes in the coming months but as supply chains heal there should be some evidence of inflation relief. The labor markets are healing which means companies will restore capacity and re-supply much needed supply chain components (like semiconductors). However, the timing of all this is the tricky part. What is the lag between labor markets healing and seeing inflation relief? And how much inflation pain will consumers endure before consumption begins to wane? The clock is ticking.

If you want a good look at what catch-up looks like then look at the chart above of the 10Yr yield on Treasury bonds. Yields on the long end spiked higher in what looks like a parabolic move from last summer. Keep in mind that parabolic moves never last and always reverse so this means bonds traders will get to trade some volatility in the coming months.