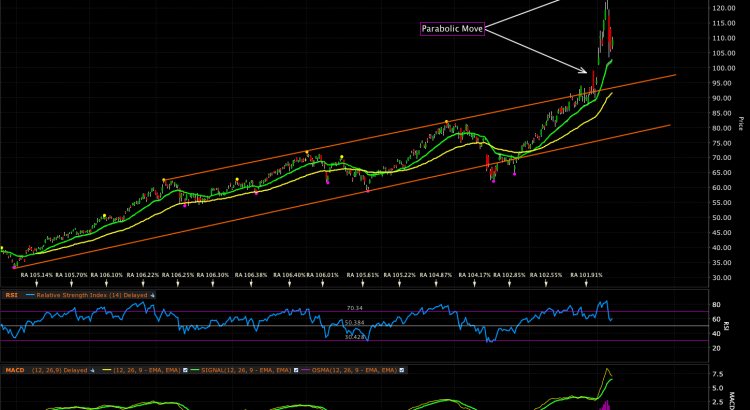 The central bank roller coaster will get another push this week as we will get more detail on the unwinding of the Fed’s balance sheet and the trajectory of rate increases. Chairman Powell revealed in Congressional testimony this month that they will increase 0.25% on Wednesday. However, there was not much said about their bond buying program and the size of their balance sheet. If the Fed is too aggressive then the economy could contract but if they don’t stem inflation that could also cause a recession. There is no clearer policy mistake by waiting this long to raise interest rates and now there is an exogenous event with Russia’s invasion of the Ukraine and the effect it has had on commodities and oil in particular.

The run-up in commodities to this Fed meeting couldn’t have come at a worse time for Powell as higher oil affects transportation costs. Remember, everything you buy travels on a boat, train, truck or plane so sharp oil increases translate into higher prices for goods across the board.

As you can see below, oil has been trending up for two years and has recently traded in a parabolic or “blow-off” top. This means that odds are that prices fall below $100 and back into the trend channel (orange lines) in the coming weeks. Also, a cease fire in Ukraine or clarity to the end of the conflict would add downward pressure to oil plus higher prices always bring on more production from oil producing countries. So, oil could explode higher to $150 but that would mean someone else removed supply from the market and I don’t see that happening as countries like Argentina are happy to sell at these levels. Some of this move was also related to funds/producers getting margin calls so that is a short-term market phenomena.

The belly of the curve has shifted in parallel fashion up to 2% and if the Fed policy is going to cause a recession we should begin to see an inversion in the coming weeks/months. The 1-2Yr part of the curve is also very steep so that implies some catch-up moves by the Fed later this year and into 2023.

The shorter-term charts will show the S&P trading in a 5% messy range over most of this year and on this longer term chart you can see we have been hanging on the 23.6% Fibonacci retracement (red line) and it has been holding as support. The close on Friday was a slide into the lowest weekly close since last June but held above support. The Relative Strength Indicator (RSI) is reading about the same as the pandemic low without the price damage so any break of support may not last very long. If it does break, then $380 is the next level of support but that would put the S&P 500 into an oversold condition on a long-term chart which you can see is rare. I think we will get our answer by this time next week.