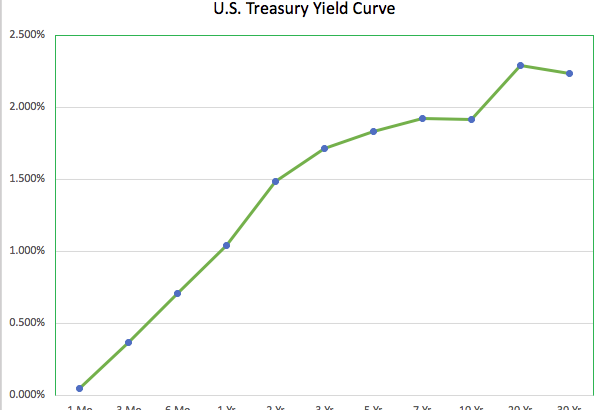 A lot of news to digest this week as we had a hot CPI reading, a Fed Governor (James Bullard) voicing a desire to raise interest rates dramatically and the potential for an invasion in Ukraine. If we put all that aside and look at the chart below of the S&P 500, we can see that the stock market is at an inflection point. A key support level (not in this chart) was broken on Friday so this opens the possibility of pushing lower next week and perhaps re-testing the 4252 level at the bottom of this chart. The swings have been large in 2022 as the yield curve adjusts to elevated levels of inflation so this level of uncertainty may exist until the Fed makes the next policy statement (March 16th).

One bright spot is that earnings reports have been generally good as companies re-adjust their prices and the supply chain will begin to heal once the labor shortages abate in the coming months. However, inflation is climbing higher while trade normalizes and rising prices are beginning to pinch consumers and eventually their discretionary spending habits. There is one more CPI read before the Fed’s next meeting and I wouldn’t be surprised to see an intra-meeting rate hike before March if the stock market falls on inflation concerns.

The yield curve is not so sleepy anymore and you can see to the right that yields on the 10Yr have been rising steadily since the March 2020 low. For 2022, the 10Yr has gone vertical as inflation accelerates which will force the Fed’s hand in reversing policy stimulus.

Below is another chart showing the shape of the yield curve which can tell us what the bond market thinks of growth in the coming years. As you can see, the curve is very steep up to 2Yrs which means the Fed will be raising interest rates very soon. However, the 3Yr-10Yr part of the is very flat and that sends a warning signal that slower growth may be brewing as there is only 20bps between these two tenors. When longer yields trade below shorter yields that is an “inverted” yield curve and when 10Yrs trade lower than 2Yrs that is a recession indicator (usually within 18 months). At the close on Friday, 30Yrs are inverted to 20Yrs by 6bps and the 7Yr traded below the 10Yr by 1bps so the shape of the curve is something to watch closely right now.