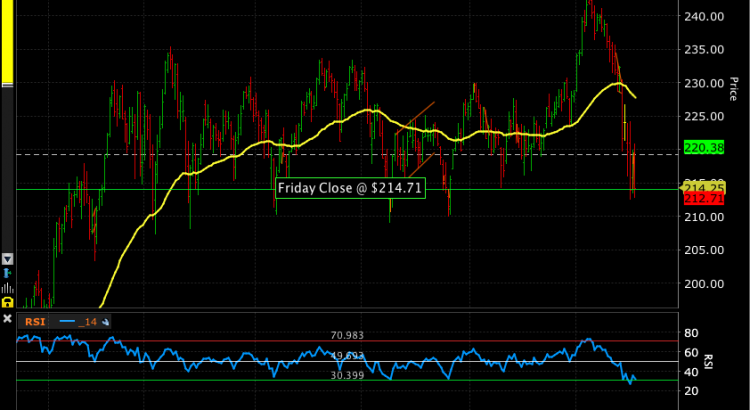 It has been a rocky two weeks as the S&P has dropped over 5% as Fed Chairman Powell admitted before Congress that inflation was not transitory and that policy would need to get more aggressive to combat higher prices. Weighing on the market is also the the omicron coronavirus variant thatis triggering a fresh patchwork of national travel restrictions around the world. For example, Japan and Israel are now barring almost all foreign visitors while Europe and Asia have instituted new rules for international entry. However, I think political leaders know that the recovery must continue under these conditions as just about every central bank and government has unloaded their clip of stimulus payments and quantitative easing. Unless governments restrict movement and trade, the recovery will continue but at a bumpier pace.

This means that the stock market will have to contend with the Fed reversing its stimulative efforts which has caused the market to pullback. The next Fed meeting is on December 15th so we will get the new playbook for 2022 just before the holiday season.

The technicals may have shown signs of nearing a bottom on Friday as there was a failure to breakdown past 4500 (50% FIB). There was an unusually high amount of option activity to end last week as the put/call ratio was the highest in over a year. If you are not familiar with this metric, a high reading means everyone is betting on a crash. In reality, traders use this as a signal of a bottom forming (think of it as a short-term panic) as you begin to run out of sellers as investors have hedged their downside risk.

We saw some evidence of a reversal higher into the close and now we wait for the next few sessions to see if the buying will carry this index above 4605 (55EMA) and confirm a bottom. Seasonality for the stock market this time of year is very good so it wouldn’t surprise me to see a rally into the Fed meeting later this month.

One very notable part of the market is the small caps held within the Russell 2000 (IWM ETF below) that has declined over 13% in November at the 4th fastest pace since 1980. It is very rare to see a failed breakout in a major index but the Russell 2000 may have needed to re-test the lower boundary of its consolidation range which is where it closed on Friday. If there is also a reversal higher in this index, then all of the major indices will be in unison for the first time since February. This index is also the most oversold since March of 2020 so the odds have tilted to a move higher according to the RSI (Relative Strength Index) at the bottom of the chart.

According to the latest World Tourism Barometer, global travel activity rebounded sharply in the third quarter of 2021, while remaining far below pre-pandemic levels.