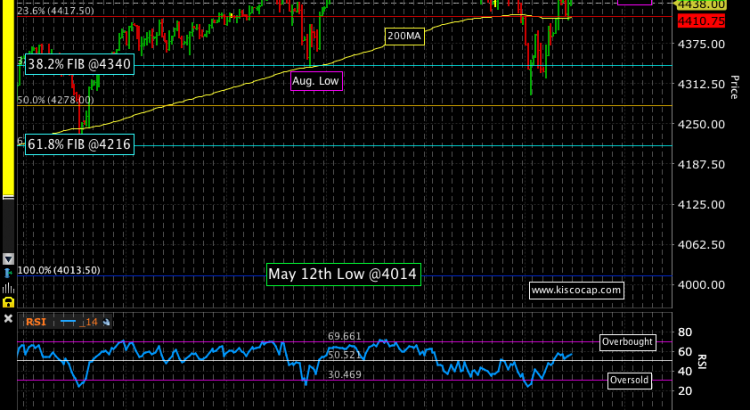 The Fed meeting on Wednesday announced what we knew was coming – a change in Fed policy. The details of tapering bond purchases will probably be announced at their November meeting. And most market pundits agree that the policy will be implemented starting in December. As you can see in the chart to the right, the Fed had been reducing the size of their balance sheet before the pandemic. However, the size of their holdings exploded to support the credit markets as the coronavirus brought the economy to a standstill. And now their task of reversing these pandemic purchases will be monumental. Inflationary pressures are mounting as supply chain issues clog up the economy so the Fed may be preserving their optionality in sizing their taper and don’t forget they can also raise interest rates.

The S&P 500 sold off most of September and bottomed on Monday before the Fed meeting. The pullback also took out the August low which opened up the door to a much deeper correction but the rebound after the Fed meeting was strong and a good indication it is over. Also, volatility fell off a cliff to close out the week which is another technical indicator that the S&P 500 will rebound to new highs in the coming weeks. A move above 4455 early next week would put a confirmation on this week’s bottom. If there is a larger correction looming, I would expect it to manifest sometime around when the Fed begins to taper their bond purchases.

Factoring in the current high rate of inflation, most of the junk bond market is trading at negative real yields.