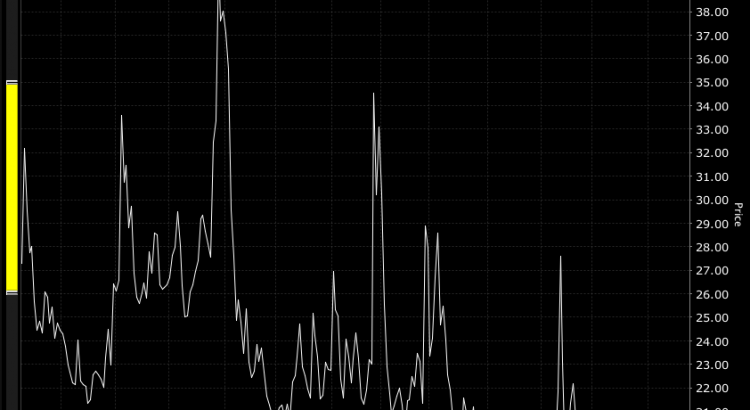 Just a quick note this week as the summertime activities take up more of my time on the weekends. I think everyone is playing catch-up from the COVID summer of 2020 right now. On Wall Street, the economic data is following expectations after a global pandemic – getting better but not totally normal. The only consideration this week on the economic calendar was the release of the Fed minutes which conveyed the vibe that the Fed knows it has to raise interest rates but is reticent to do so. The reaction to the minutes caused a pullback in the broader indices mid-week which rebounded nicely into Friday’s close.

In this chart of the S&P 500 futures, we can see the sharp pullback after the Fed’s minutes were released this week labeled purple 4. However the pullback from the top (labeled purple 3) was a pivot or Fibonacci extension from the Hi/Low in June (labeled purple 1/2). The yellow line at the top is the 161.8% Fibonacci extension at 4340 from the 1/2 generated in June, FYI. I mention this as the chart patterns are allowing a nice deal of predictability with the technicals as the 4340 pivot acted as resistance in early July and then a short-term correction this week. So let’s take the next step….

…and apply this extension methodology to the 3/4 generated this week. This would project a 5th wave up near 4391 which is the next pivot to watch over the next week.

Overall, the technicals are buoyed by low volatility right now. The VIX index continues to fall over the past twelve months and is now around 16 which implies a 1% move in the S&P 500 on any given day (not too high).

Bond yields have been behaving and not showing any signs of inflation fears. However, looking at the chart of 10Yr yields below, I can interpret the drop in yields as working off an oversold condition. Following the fibonacci methodology, the 10Yr yield tapped the 38.2% retracement this week at 1.279%. Might this be a bottom and a return to higher yields? Plausible now that equities just made a pullback and are now making new highs. An extension from here would imply 10Yr yields at 2.07% later this year which is more in-line with the markets expectations as the economy moves closer to normalcy.

And to finish off, below is the chart of US Gold. This chart is longer term and goes back to the last major low in 2015. Gold has been pulling back since last August and recently hit the 38.2% FIB in early March. There could be a turnaround to new highs underway but it is a bit early to make that conclusion. However, the 161.8% Fibonacci extension is up at 2322 should gold make new highs – we should know soon.

I am working on several strategies for clients if you have an interest in speaking with me. That is all for now and thank you for being a subscriber!