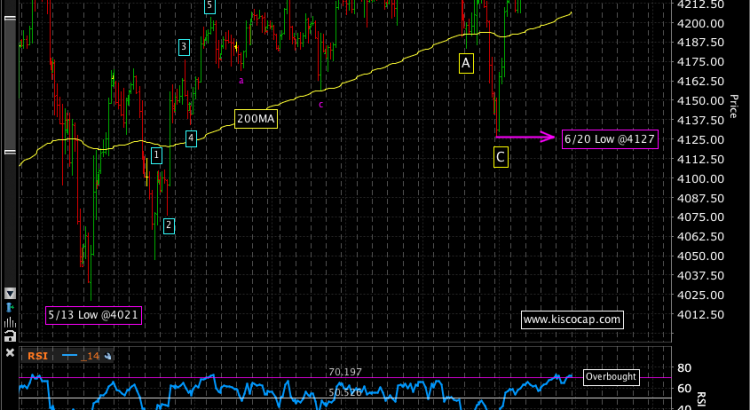 The S&P 500 had its best weekly performance since February (+2%). As I mentioned in last weeks post (Another Fed Hiccup), the S&P was near a bottom after selling off in reaction to the Fed’s latest policy decision mid-month. The rebound continued into the close on Friday and demonstrates the strength of the market amid low interest rates ample liquidity.

In the chart of the S&P 500 below, we have gone from oversold to overbought in one week as we found a bottom on June 20th at 4127. Despite the momentum indicators showing an overbought condition, this may not indicate a top. In a strong uptrend, the RSI (Relative Strength Index) can get pinned in the overbought position for some time. We may be in store for a small pullback early next week but this uptrend does not look finished to me right now.