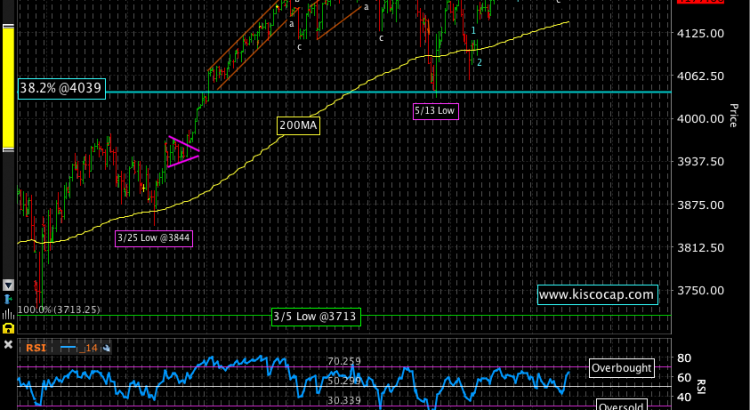 Almost there as the S&P 500 looks to be finishing a consolidation period that began in early April. These periods of sideways price action typically foreshadow higher prices and we may have had a good start on Friday. A close above the previous high at 4240 next week will likely kick-off another leg higher and set the tone for the summer.

Global trade is recovering as companies rush to meet demand but are challenged by supply channels that are not 100%. Inflation is the byproduct and should continue until equilibrium is established which may take us in 2022. In the meantime, I expect that we will continue to see higher commodities prices and shortages in certain sectors like semiconductors. The byproduct of this uneven comeback is that central banks will be slow to change accommodative policies so the punch bowl for equities will continue.

Bitcoin uses more electricity per year than most countries which roughly amounts to 0.65% of worldwide electricity consumption. A comparison by Visual Capitalist also shows that it also consumes far more power than the world’s largest technology companies. Crazy!