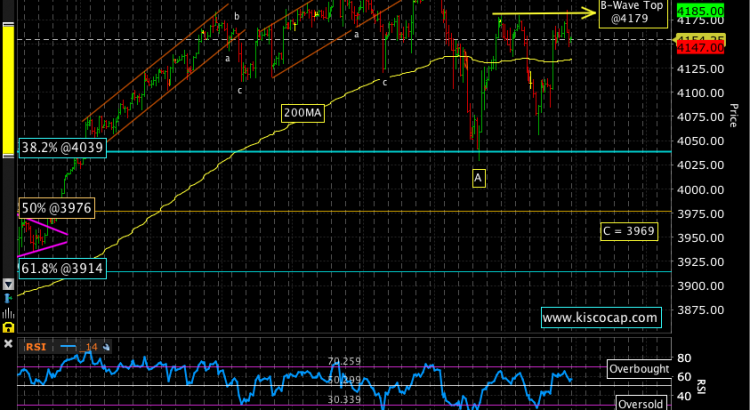 Consolidation is what happens when stocks ‘take a break’ before their next move higher and the S&P 500 below has been doing that since early April. The technicals are pointed higher longer-term but there may be one more push lower next week before we close out the month. If you examine the chart below you see resistance at 4179 (B-wave top) that was tagged on Friday. If the S&P can push above this level early next week then new highs are next and we begin trending into the summer months. And if the S&P is below 4100 early next week, then there is one more leg lower towards the 50% Fibonacci retracement level around 3976. I would expect that this would complete a three leg pullback labeled A-B-C in the chart.

Earnings season is over so the market is being left to its own devices right now. The technicals are still positive despite an uneven recovery while Fed policy remains unchanged. Once we clear up this consolidation, we should trend higher with a recovering economy.