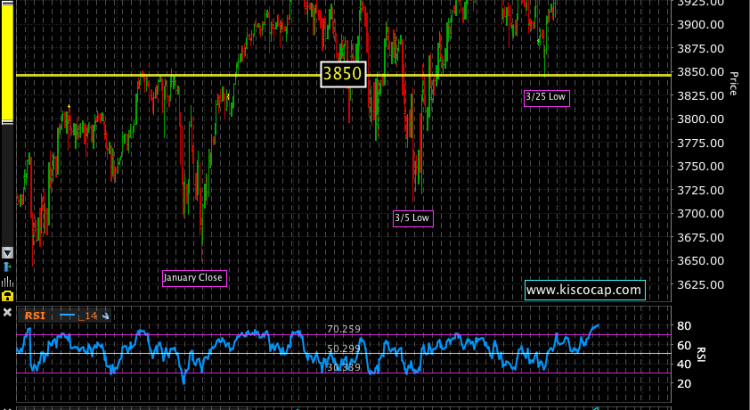 A recovery is underway as evidenced by the jobs data released for March (more details below). The employment levels have a long way to go but there is now evidence that companies are re-hiring as states loosen restrictions and vaccinations become widespread. These are all good signs that the economy will rebound strongly in the coming months.

The price action for the S&P was tumultuous in Q1 as interest rates spiked higher which paused the advance. Prices worked around the 3850 level about a dozen times over the last three months as the S&P consolidated. The bottom on 3/25 was a re-test that brought in buyers and provided a set-up to make new all-time highs. The jobs data pushed stocks higher on Friday as futures were open for trading in an abbreviated session before the holiday. This sets up a good open for after the Easter holiday as we are making new all-time highs which is always bullish.

President Biden announced an 8-year $2T infrastructure spending plan this week. The details of the plan will be open for debate as the bill proposes tax increases on corporations while they lick their wounds from the pandemic. So, this may be a bill that needs a bi-partisan blessing as constituents from both sides will likely have objections.

Happy Easter and thank you for being a subscriber!