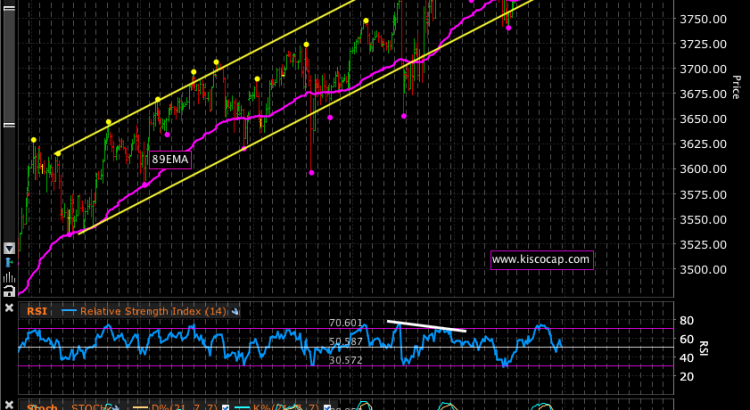 A new administration settled in this week and we will likely see another stimulus bill in the coming weeks. The current proposal is $1.9T but that number is likely to shrink as politicians on both sides are having reservations surrounding the exploding deficit. For 2021, both sides will need to work on rebuilding the economy and that might happen literally if an infrastructure bill is introduced later this year.

If all goes well, the economy should get a significant lift in economic activity by summertime as the U.S. population becomes inoculated. Currently, inoculations are running at a seven day average of 913k but we need to double that number to get herd immunity by summertime according to experts. States will likely re-open their economies this Spring as the chart below shows that hospitalization rates are falling in a sign the post holiday bump in cases may be over.

The stock market has been taking all this in by grinding higher and rotating leadership under the hood. For example, the large cap technology companies have been sluggish for weeks but finally came alive this week to push the index up to new all-time highs. This may be the story of 2021 as market breadth has been good as sectors such as energy are participating as they emerge from multi-year downtrends. For the S&P, this is resulting in a channel which began last November and continues to contain this multi-week uptrend. A channel break and a move below 3750 would indicate a larger corrective move but the market is holding re-tests of the lower boundary of the trend channel indicating buying pressure at slightly lower levels.

Next week we will continue to see many earnings reports hit the tape and hopefully more insight regarding the next move by Congress.