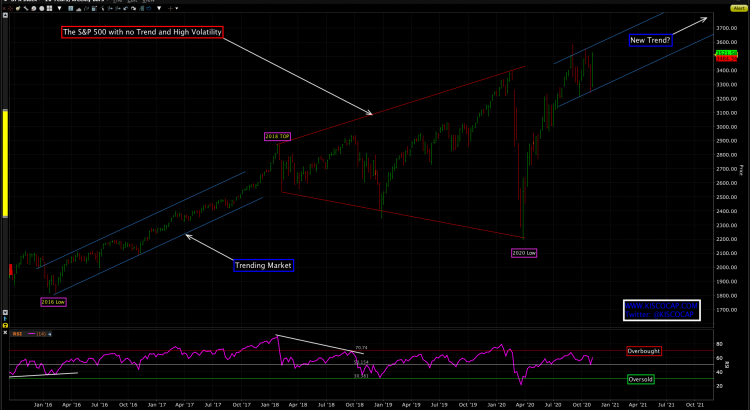 The market gave an exhale of relief this week despite a Presidential winner not being official. Markets are more concerned about policies over personalities so if the Senate remains republican then gridlock will keep large legislative changes at bay. The government will need to help rebuild the economy in 2021 which will be a bi-partisan effort so I expect some marginal changes to the healthcare laws and perhaps a larger infrastructure bill. In the short-term, another stimulus package is likely in the coming weeks which will be accepted as a positive by the stock market.

There are trillions in stimulus dollars churning through the economy so a bridge to the post-pandemic era looks to be in place if the vaccines in testing are viable. Valuations look high but a rebound in economic activity over the next year will normalize this metric. Earnings from growth sectors are coming in strong but areas like commercial real estate will be hobbled for years as people move from the cities and work from home.

Back to the chart below as we all focus on prices. I have two price behaviors below, a trending market in blue parallel lines (think of it as running cool) and a volatile corrective market in red (running hot). If we are turning the corner with the election over and a vaccine on the way, we may return to a trending market in 2021. That means less volatility and more certainty so if that is going to happen then the next several weeks should show evidence of this new trend emerging.

The U.S. Elections Project, a nonpartisan website run by University of Florida professor Michael McDonald, has announced that the 2020 presidential election has had the highest voting turnout rate in 120 years.