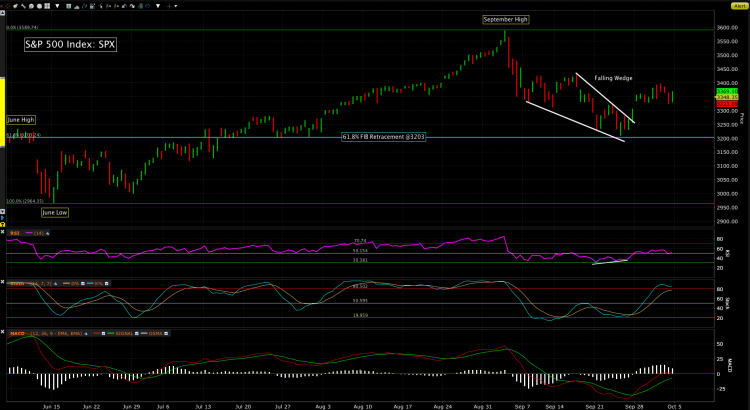 A week of fatigue as the prospects for the economy, a vaccine and the petulant political landscape came to a convergence. It won’t last forever but it sure feels like that at times. Remarkably, the stock and bond markets have held up and are riding the wave of liquidity provided by central banks and governments around the world. For the United States, Congress has been sparring over the next stimulus package which they both want so they can move onto getting re-elected. The President contracting coronavirus may be that last straw of uncertainty that pushes Congress to pass a deal and move onto the election in November.

The economy continues to recover and it does seem that a vaccine may be near so there is light at the end of the pandemic tunnel. Some of the changes will be permanent as economies around the world will benefit from the efficiencies of cloud computing and a workforce that knows few borders. We were heading in that direction anyway but the pandemic is accelerating the efficiency around labor utilization in service economies. However, there will be pandemic hangovers such as with commercial real estate as office space will need to be re-priced for companies that continue to use a virtual workspace.

This week in the chart of the S&P 500, we did get a breakout from the falling wedge in the chart below. If we can continue higher next week, that goes a long way towards tilting the odds of new all-time highs in October. You can try and read the tea-leaves of what that means for the election but you could also flip a coin and save yourself some time at this point. For now, the equity markets look to be stabilizing and looking towards the post-coronavirus world.