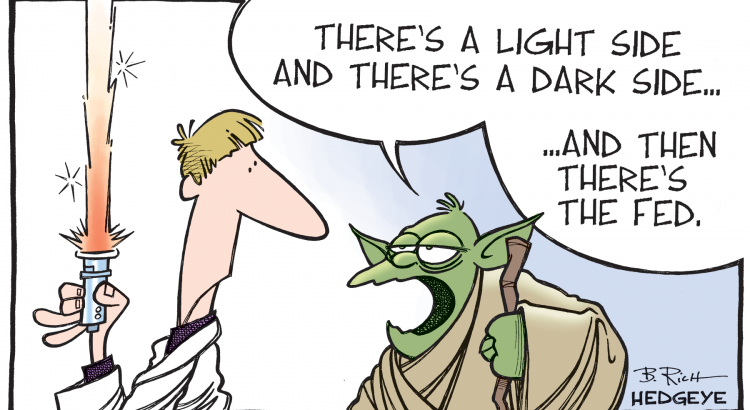 A very significant week as the economy had a huge surprise regarding a comeback on the jobs market (see below) as certain states allowed their economies to re-open for business. There is even an argument that next month will also improve as New York and California have only allowed a modicum of their economies to re-open. Not to mention the technicals which are confirming a bottom from the March low.

As you can see in the chart below, we are in an uptrend from the 2009 low that has a very distinct upper trend line (blue) which has acted as resistance when tested. The COVID-19 crash is a 38.2% retracement of this uptrend which is a typical support level. So, from this perspective it looks as though the S&P 500 will continue on its uptrend.

The “V” off the March low is rare but the trillions in stimulus have provided enough liquidity that the market is looking past the Q2 contraction in the global economy. I have also highlighted the four times the S&P 500 became overbought according to the RSI (Relative Strength Index) with yellow vertical lines and you can see that we are currently not near an overbought condition. This leaves for some continued momentum to the upside in the coming months and the S&P 500 won’t hit the 2009 trend line until about 3,500 (3,200 currently). This could be a nice set-up for a rally in the summer months ahead.

What is the roadmap for the remainder of 2020? I think the jury is out on breaking the March low – the market had its chance and it didn’t happen. There is not much on the calendar until July where we will get Q2 earnings which will look predictably terrible. The central banks will also keep pumping in liquidity until there is a vaccine which looks like a 2021 event.

Admittedly, there should be some volatility around the election in November and a potential re-lapse of COVID-19 as the weather turns cooler into the Fall months. However, I think the spread will be less severe as we are all prepared to practice social distancing to curtail an outbreak. But this also means that there could be a second wave of furloughs for workers in the leisure/hospitality and construction sectors (see chart below) as states shut-down for a second time. In this scenario, unemployment will remain elevated for some time which provides the backdrop for central banks to continue their stimulus programs well into 2021.

As the following chart shows, almost every industry reported a gain in employment in May, with leisure & hospitality by far the biggest winner of the month. Expectations were -7.5mm, so this was a massive swing to the upside at +2.509mm. While the unexpected rebound of the job market is certainly cause for optimism, it needs to be noted that employment had dropped by more than 10 million in April and that unemployment remains historically high at 13.3%. (Statistica)