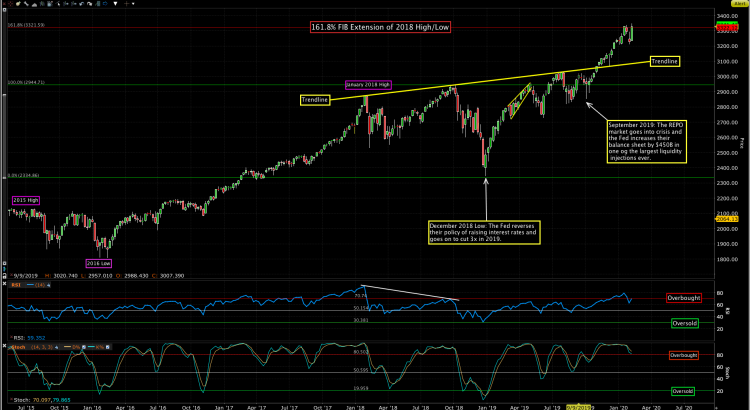 Actually, the question is what can be made in China given the Coronavirus situation? Chinese authorities extended the Lunar holiday for their workers but that comes to an end on Monday. It is possible that factory workers will quit rather than risk contracting the virus. The only thing to analyze here is the number of “reported” cases and how quickly the virus is spreading to other countries. The Chinese authorities control the media and information flow on the ground so it is hard to believe they would be forthcoming if the news is very bad.

If the number of cases continue to escalate outside of China’s borders then we know they covered up a very big problem. For global trade, I think the answer will be forthcoming within the next fortnight. If global supply chains are disrupted then public companies will be forced to issue warnings that their earnings and revenue will be impacted by the virus. I suspect this type of announcement would come first from the auto industry as many have factories inside the country (more below).

The S&P 500 and stocks had a nice rebound in a heavy news week as the impeachment trial ended, State of the Union address was given and the jobs numbers were good on Friday. With the unknown potential downside of a Chinese shutdown, we will have to wait and see how it all unfolds starting on Monday.

The Chinese city of Macau shuttered its 41 casinos amid the coronavirus outbreak.