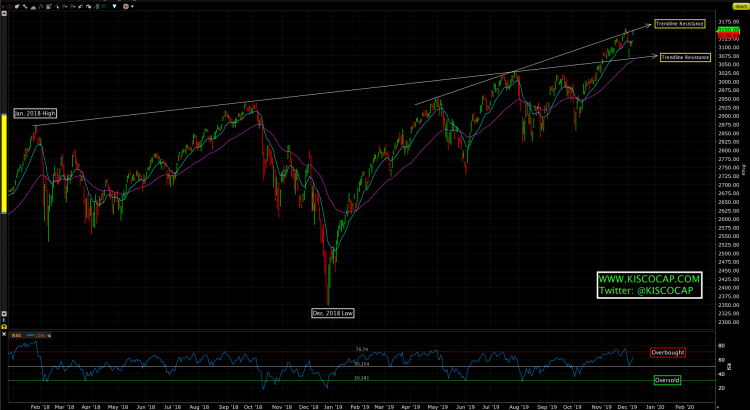 What is the set-up going into the next decade? That all depends on how trade flows balance out with emerging economies like India and China. These two countries have massive consumer bases and getting our trade policies right may preserve our manufacturing base, protect intellectual property and re-balance wages across the globe. Remember, the guidelines of international trade are not set in stone and the newer players tend to make up their own rules. As China and India mature and agree to more concrete terms, there could be nice set-up for international business in the coming decade for the United States.

What is the set-up going into next year? For most of the past two years we have seen the market demonstrate a very choppy pattern that many feared indicated the end was nigh. The Fed thought this was also the end to their quantitative easing program but even that only had a hiatus of only 12 months. The Fed needs a buffer like GDP running solidly above 3% for many quarters before they can reverse course so don’t expect any changes soon. In the meantime, the excess liquidity should continue to find its way back into the stock market as there is little alternative when yields are this low.

What is the set-up going into next week? In the chart, the S&P 500 is trying to break-out from this sideways price action that began after the top in January 2018. However, there are two trend lines that the market is trying to push through meaning there should be more choppy price action into next week (see below). The Fed meets again on Wednesday so an accommodative tone could could keep a bid to the stock market well into 2020.

Rachel Soloveichik, a research economist with the Bureau of Economic Analysis, has estimated that in 2017, illegal activities would have added more than 1% to GDP – a larger portion of U.S. GDP than agriculture, forestry, fishing and hunting.