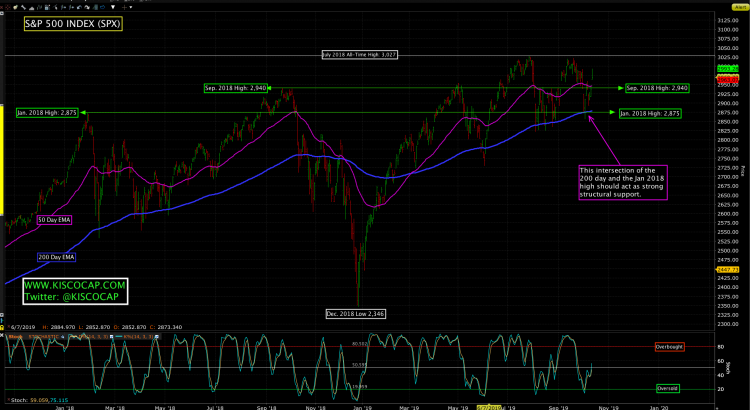 Welcome to the machine. And the machine makes stocks go higher. Central banks and governments are working together at all costs from letting the U.S. stock market crash and burn. On Friday we got word that a trade deal with China is underway which means the tariff machine will be dialed down and don’t forget about the Fed. Some big news was announced in a coy manner by Fed Chair Powell in a speech on Tuesday.

As I mentioned in last week’s piece (Fed to the Rescue?), the Fed began injecting liquidity into the overnight lending markets in mid-September to satisfy some “temporary” disruptions in the overnight lending markets. Guess what? On Tuesday, Powell announced these programs would remain in place for the foreseeable future via a purchasing program of T-bills beginning with a $60B block over the next month. This program will continue until Q2 of next year in undisclosed amounts. Powell denied it as the 4th coming of quantitative easing (QE) but the effects are the same – the Fed is growing their balance sheet (and cutting interest rates). I really don’t like how the Fed props up the stock market but it must be respected in that they run the machine.

Let’s take a look at an updated chart of the S&P 500 index. As you can see, the stock market has done very little in terms of upside progress since the January 2018 top (2,875). The very choppy price action over the summer did not result in a large break-down and we had a re-test of the 200 day on October 3rd with an impulsive advance that continued into Friday’s session.

Despite the slowing manufacturing sector and weakening global macro picture, the machine is oiled up and revving to take-out new all-time highs thanks to the Fed and a new trade deal.

The United States has engaged in over 500 international military interventions since 1776, according to the Tufts Military Intervention Project. In recent years, traditional diplomacy has given way to kinetic diplomacy where the use of military force is substituted for diplomatic relations. One-third of all countries worldwide house U.S. ambassadors, while special operation forces are in 75% of all nations – a testament to how U.S. international relations lead with force.