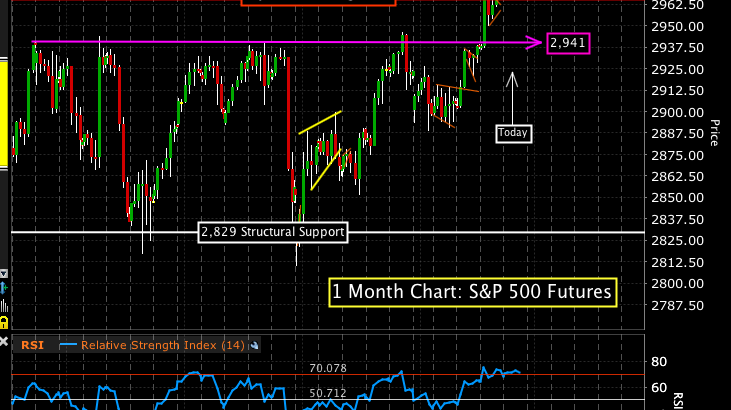 The debt making machine is in full force as investors bought records amount of new debt issuances this week just as yields have plummeted over the last several months. Good timing for the issuers, bravo. The great enablers at the Fed were all out this week giving speeches before their next meeting on September 18th. The smell of irony is palpable as the Fed governors explain how cutting rates is a good thing and that an inverted yield curve does not matter. I doubt most of the academics at the Fed taught that lesson as part of their curriculum to their economics 101 students. In other words, they are making this stuff up as they go along – there is no playbook here.

The news cycle in August caused a ping-pong of prices in the S&P 500. Between the Fed, China’s trade status and slowing growth the stock market has had no clear direction. We did get a relief rally this week on things cooling off on the trade war with China but I don’t expect a resolution of substance anytime soon. Below is a one month chart to give you an idea of August’s price action (S&P 500 futures):

You will notice in the chart above that we did push through resistance at 2,941 AND 2,965 so that is a technical positive for the bulls. Below is the longer term chart I have of the S&P 500 Index (SPX) that shows an expanding triangle but this interpretation will be wrong if there is continued momentum higher next week.

Next week, the ECB will meet on their next move for the EURO zone and then the Fed the following Wednesday. So, the central banks will again be in focus for the next several trading sessions. It has been a tough read on the markets these past several weeks and I am sensing a fatigue factor building which may be a signal of lower prices in the coming months.

Reserve currencies are currencies that a country holds in its foreign exchange reserve. These can be used for international payments and to support a country’s own national currency.