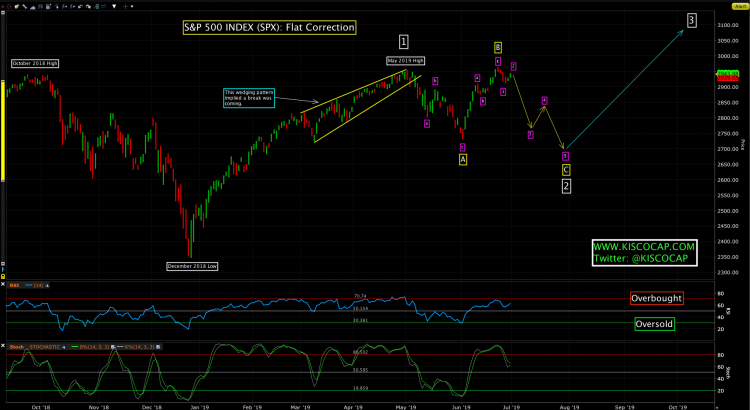 The G-20 conference is in full swing this weekend as the US stock market awaits news on progress with a trade deal with China. As of today, there was some progress released this morning where both sides agreed to dial back the rhetoric and proceed in earnest towards a long-term resolution. Nice but there will be uncertainty around our trade status with China until there is a deal inked which may not come until next year or beyond given the complexity around issues such as intellectual property. The 2020 election is coming up so the administration may end up caving on some issues to make the politics look good going into next year so maybe that pushes the timeline forward.

The financial markets have been trading around the G-20 and our trade status with China over the last two weeks. The butterfly effect is progressing through supply chains and how the world conducts business through various trading partners (see Vietnam below). Maybe this is a good thing as we won’t rely on China so much but it can be easy to cause dislocations in financial markets when such changes are happening. So, which way is the next big move for the S&P 500?

To review, the December 2018 low was a significant event as the Fed pivoted to being dovish creating a “V” bottom with many sectors of the stock market participating (great breadth). Recently, many market technicians have been identifying a “triple-top” in the S&P chart as a warning sign but I think the technicals from the December low are too compelling to ignore further upside.

If the news from this weekend is taken as a positive, the S&P will likely gap higher on Monday and keep going for many weeks or months. If disappointed, stocks will remain in a corrective mode and likely complete a “Flat Correction” as illustrated below:

Stocks advance in 5-wave sequences so the move from the December low to the May high is likely wave “1” in completion. However, if wave “2” were to complete as of the June 3rd low (labeled wave “A”), it would look less than proportional to the size of wave “1” – a warning sign that the correction is not over. Given that the S&P has completed three waves down from the May high and then three waves up, the flat pattern may be unfolding. If we open down on Monday in a “sell the news” event then the “C” wave is unfolding which will lead to a completion of the flat pattern over the summer to complete a larger wave “2”. New all-time highs would follow afterwards.

I am wrong if the S&P 500 corrects below 2,583 (now 2,940) on a big disappointment in the coming weeks. However, my base case is the next big move is higher but not without additional corrective price action.

The chart below shows how the price of a commodity can trade at different prices among countries.

Granted, heroin is an illicit drug that is highly addictive but it is an opioid much like prescribed painkiller medications. So why the price differentials if heroin represents a commoditized asset? For one, heroin is illegal in the U.S. which means criminals charge a premium to deliver the product domestically. On the flip side, heroin is totally legal in Portugal and is one-tenth the price so we can observe the differential mostly in terms of the legal structure (ignoring things like storage and transportation costs).

This also brings into focus the future of cannabis if it is fully legalized in the United States. Cannabis has never been produced on a mass scale which means its price will fall and be traded as a commodity, if legalized. This warns that the myriad of newly minted publicly traded cannabis companies may have a tough time generating profits if mass producers emerge. The valuations carry a lot of risk, here are a few examples (none of these companies are profitable and do most of their business in Canada right now):

That is all for now until next week’s Market Update and thanks for reading! You can contact me below if you would like a copy of the firm’s brochure.