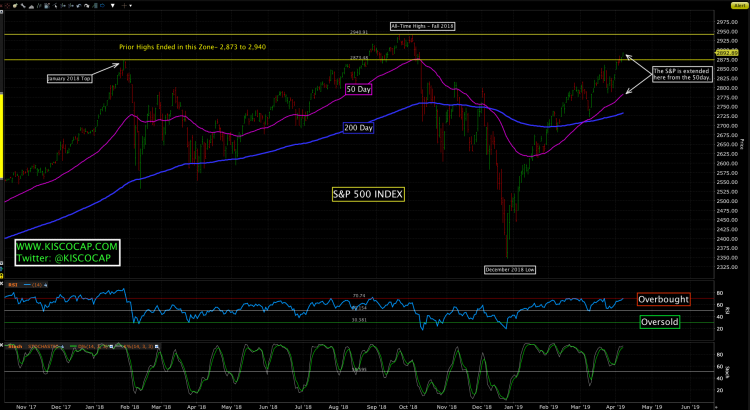 The stock market continued higher this week being led by housing (low interest rates) and the oil/energy sectors. However the outlook is strained and the White House is clearly waving the flag of worry as they seem to be rushing out pronouncements over progress on a trade deal with China. Tough to think such a complicated agreement is close to completion as the enforcement mechanisms around intellectual property are a big unknown. If they are rushing, then the administration is trying to underwrite a short-term insurance policy for the financial markets.

Another thing to consider is that the administration knows it may have to shutdown the southern border as enforcement officials are up against a record number of arrests (4,000 daily, apparently). The effect of a shutdown would immediately haircut the prospects for GDP growth in 2019. So, is the administration hurrying up a trade deal (or the appearance of a deal) to offset a border shutdown? That strategy would explain the rush as I wouldn’t have expected an inked China deal for several more months (at least).

Below is the chart of the S&P 500 which worked a bit higher to close out the week. As you can see, we are in a zone between the January 2018 top and the all-time highs achieved last Fall. Anyone who bought last Fall may be looking to cash in their chips in the coming sessions. What pushes us to new highs? China deal? Earnings? Fed policy change? A re-test to the downside looks needed as we are approaching overbought territory and the chart looks extended here.

Other things to keep in mind: