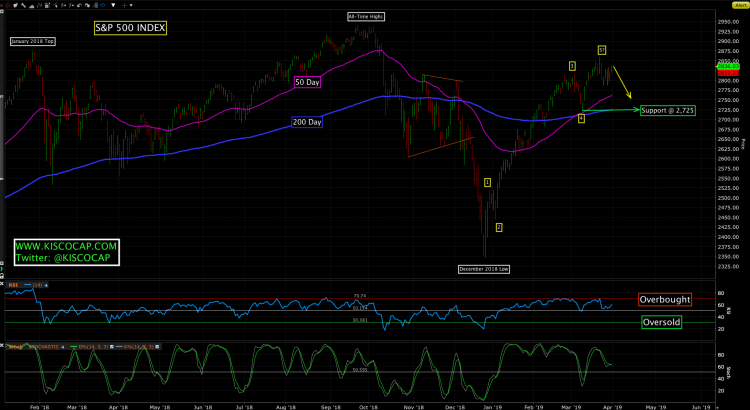 The Fed has finally painted itself into a corner. After several years of pumping up its balance sheet and instituting ultra-low interest rates, the Fed’s first and only attempt to reverse this policy was thwarted by a stock market sell-off at the end of 2018. Wonder why? The chart below shows that the globe is awash in central bank debt monetization (sort of) which has pumped up financial assets.

All of this liquidity ends up being recycled back into risk assets like equities and junk debt. Why did the Fed blink in December? The debt markets locked-up in Q4 where there was zero credit extended to the junk debt market for 45 days (no new issuance). Any longer and there may have been widespread credit contraction which would have resulted in a recession in short order. Yep, it was that close. Thanks, Fed!

What has changed since my last post two weeks ago? The dovish commentary from the Fed meeting on March 20th inverted the Yield Curve in an abrupt fashion. Translation: the Fed is running out of options and has painted themselves into a corner. The bond gurus are telling us the Fed has made a mistake and kept the liquidity spigot open for too many years. The inversion is a capital call by the bond market on the Fed’s policies – close out the position or it will be taken away from you. It all ends when the markets lose faith in the Fed but we are not there quite yet.

So, let’s look at the current technicals. Despite the gloom and doom perspective above, the stock market may not be done making new highs. Risk assets correlate with the Fed’s policies so we have to keep an open mind. Currently, the S&P 500 is working a corrective pattern which may result in a near term drop of 100 S&P points or more which may present an opportunity for those that are patient:

The high yield market has also been tracking higher in tandem with stocks – believe it or not:

However, 30YR Treasury bond yields keep falling which indicates a “divergence” over the last month as yields should track higher when stocks rise – not happening.

The bond market is currently bifurcated. Risk free assets such as Treasuries are not buying the Fed’s message and are warning of slowing growth in the pipeline. Conversely, the high yield market will keep the game going as long as the Fed permits extra innings. Without the Fed’s reversal of policy in December, junk bond prices would be plummeting in 2019. But QE’s job is to keep asset prices higher so take what the market gives you and pay no quarter.