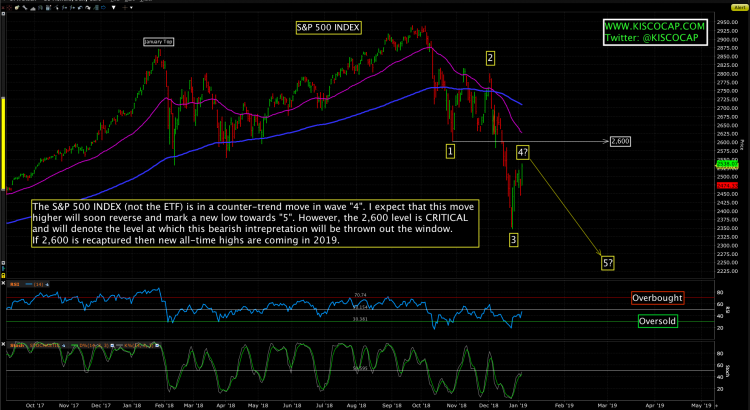 A tumultuous week in the stock market where a large draw-down on Thursday was followed by an up-day and nirvana on Friday. So, what happened on Friday and is it a bottom?

Let’s walk through the timeline where each step below caused the market to keep pumping higher into the close on Friday:

What the Fed is fighting is a bear market in stocks while NOT having a recession for the American worker. I don’t envy Powell’s position. Here is the rub, the Fed has to withdraw stimulus as the economic data (jobs) has painted them into a corner giving them no excuse to maintain this level of accommodation. They have no choice now but to keep raising interest rates and shrinking their balance sheet for 2019. The real irony is that both Yellen and Bernake had ample opportunity to start this process in 2013 when the stock market rose 30%. As with most aristocrats, the can was kicked down the road and Powell now holds the bag.