So much for all that good news surrounding the G-20 meeting and the Jerome Powell speech on being “near neutral” as the stock market got a surprise when the bond market signaled a warning sign that we haven’t seen since 2007. An inversion occurred in the Treasury market where 5YR yields dipped below 2YR yields. Inversions on the yield curve are rare and they come at the end of a business cycle where a slowdown in the economy is on the horizon. The yield curve didn’t fully invert on the long end but 10YR yields closed only 13 basis points higher than the 2YR yield so we are not far away from something rather significant happening in the bond market. This fact was not lost on the stock market as selling commenced straight into the close on Friday.

Bond markets are always good barometers for the health of an economy so an inversion in Treasury yields combined with credit spreads widening in corporate credit are a sign that the economic cycle may be turning. We won’t know for sure until the stock market finally gives up the ghost and has its watershed moment. 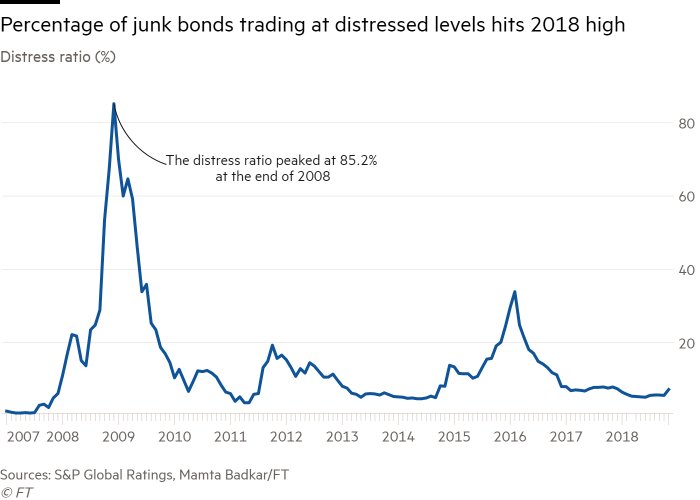