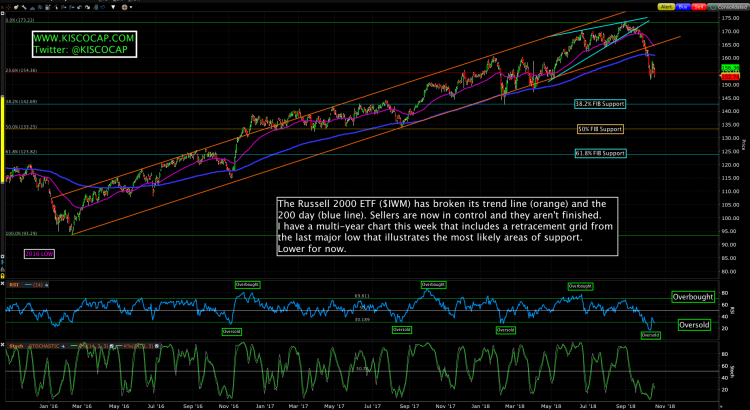 Global volatility is picking up as China’s stock market continues to weaken. The world’s second largest economy disappointed on its GDP number this week despite being north of 6%. Throw in some trade tensions and Shanghai’s stock market gets messy. It was only a matter of time before the other developed countries began to push back on China’s trade practices and theft of intellectual property (its not just the USA).

The Chinese markets are largely untested when it comes to bear markets and recessions and I am not sure how the government will react if their financial system is tested like the rest of the world was in 2008. One thing is clear, China is too big to be ignored so if they catch a cold it will spill into the other developed countries and their stock markets.

Interest rates are a big factor when it comes to currency valuations and who wins in trade wars so the Fed does have a hand in all of this that is all too visible. The Fed will go too far with their tightening policy which has its consequences for China as they are forced to devalue their currency to keep up their exports which more or less act as their jobs program.

For the US markets, we are stable but feeling the ripples of volatility which may be a result of a top created these past few weeks. See for yourself in the next two charts:

The Russell 2000 (growth companies) continues to look weak and is likely to continue its decline into the coming weeks.

The S&P 500 is hanging on by a thread and looks vulnerable.

US equities were largely unchanged this past week but there are sectors like financials, homebuilders and semiconductors that are  showing warning signs of oncoming weakness. Friday’s price action was largely left on a sour note so price-action early next week will be closely watched by market technicians.

On Wednesday Canada became only the second country after Uruguay to legalise recreational marijuana.