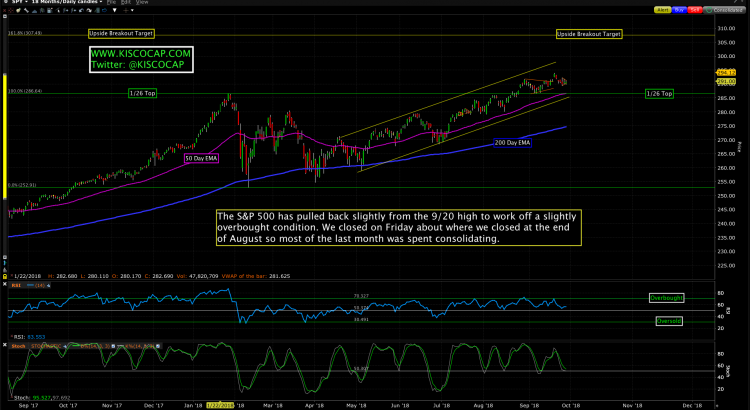 The Federal Reserve has lifted interest again (0.25%) this week to close out Q3 – which went out with a whimper. It does not look like the Fed’s rate hike policy will end soon as the debt markets are pricing in another 0.25% move in December and perhaps three more in 2019. This is part of the normalization process of the yield curve as the Fed has held its thumb on the scale since the financial crisis ten years ago. Market behavior will finally begin to rationalize good from bad and strong from weak as higher interest rates will return discipline to the capital markets. Expect more idiosyncratic risk in the coming year where companies like Tesla, for example, are punished for their weak balance sheets and inability to generate positive cash flow (more below).

On a macro level, interest rates in the U.S. are generally much higher than in Asia and Europe and that trend is not going to stop anytime soon. Eventually, overseas rates will be dragged higher and the process of rationalization will soon follow as ultra-low interest rates tend to cover-up poor management decisions and weak balance sheets. In other words, investors will be more fickle and less forgiving when it comes to bad news. The world likes U.S. stocks and bonds as emerging markets become the roadkill of the Federal Reserve’s polices while other central banks hem and haw on their next move (they don’t want to get left too far behind the Fed). But that is probably the story for 2019.

September is usually a rocky time for U.S. stocks so let’s see how October and earnings season opens up in the next two weeks.