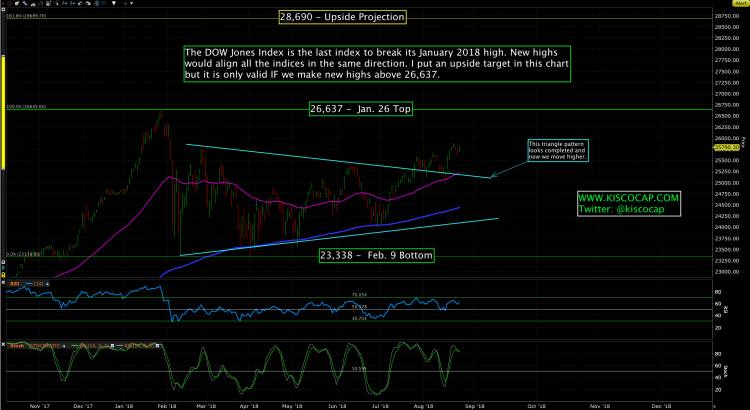 The Dow Jones index is the last index standing when it comes to new all-time highs. All indices hit a new all-time high in January and sharply corrected but have slowly rebuilt into new highs this summer. If the DOW joins the party, it would signal that the bull market is on solid ground and on track for the foreseeable future. Let’s take a look at the DOW Jones chart and a projected upside target based on the high/low of the January correction: 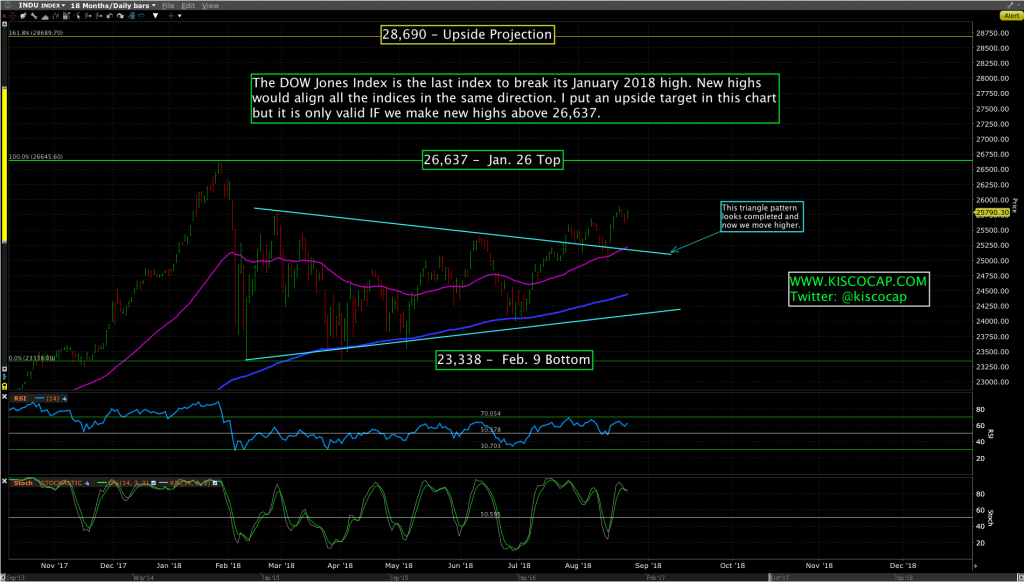 The S&P 500 chart is breaking to new highs so the uptrend looks intact: 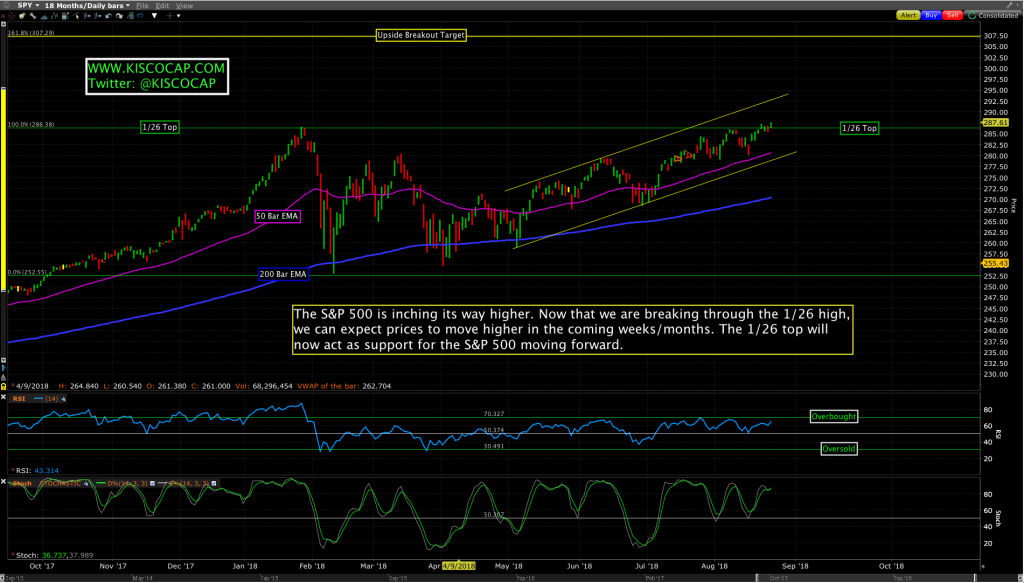 Next week should be quiet given it is essentially the last week of summer and there is nothing of note on the calendar until after the Labor Day holiday where jobs data, the September Fed meeting and mid-term elections will be the center of attention. Just keep in mind that the market is the news and that everything else is just hyperbole!

Have a great last week of summer!

Venezuela resorted to desperate measures on Monday, lopping off five zeros from the bolívar in an attempt to arrest the country’s economic collapse, which has caused millions of Venezuelans to go hungry or flee the country. The government of Venezuela has robbed its citizens of its wealth through its economic policies. 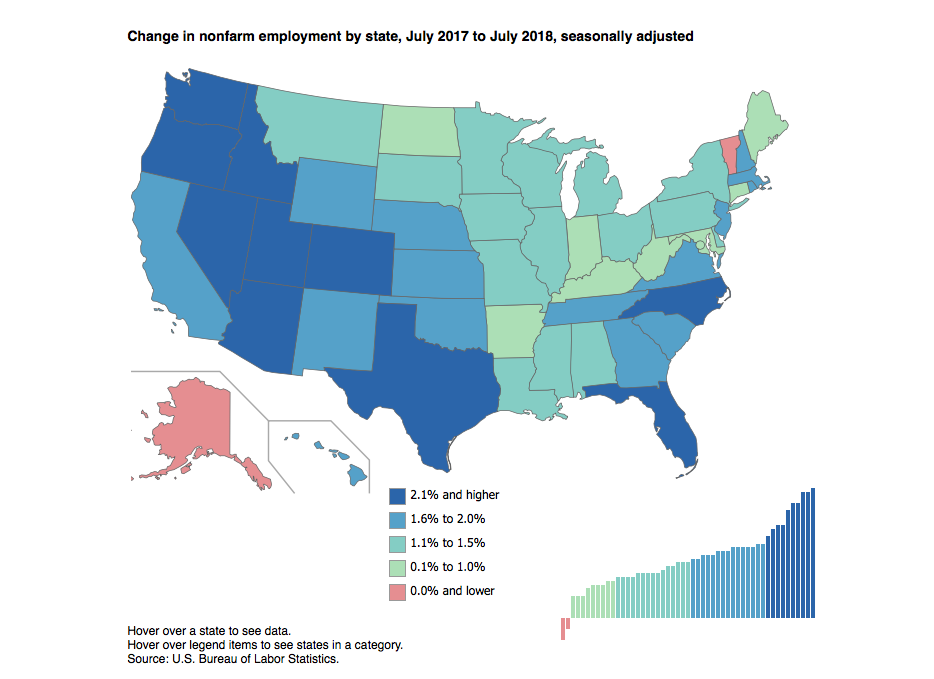