Another options expiration Friday that pulled prices higher into the weekly close. Lots going on for summer trading with Turkey’s currency crashing and U.S. stocks trying to breakout to new all-time highs. Technology has been the laggard so that throws some caution into the wind as its benchmark index (NASDAQ) trended down to close the week. Perhaps new leadership sectors will emerge with a breakout of the S&P 500 to new highs. Some of the nest performing sectors lately have been Utilities and REITs, for example.

If we do breakout, we can use the previous high and low from earlier this year to project a minimum upside target for the S&P 500 in the chart below: 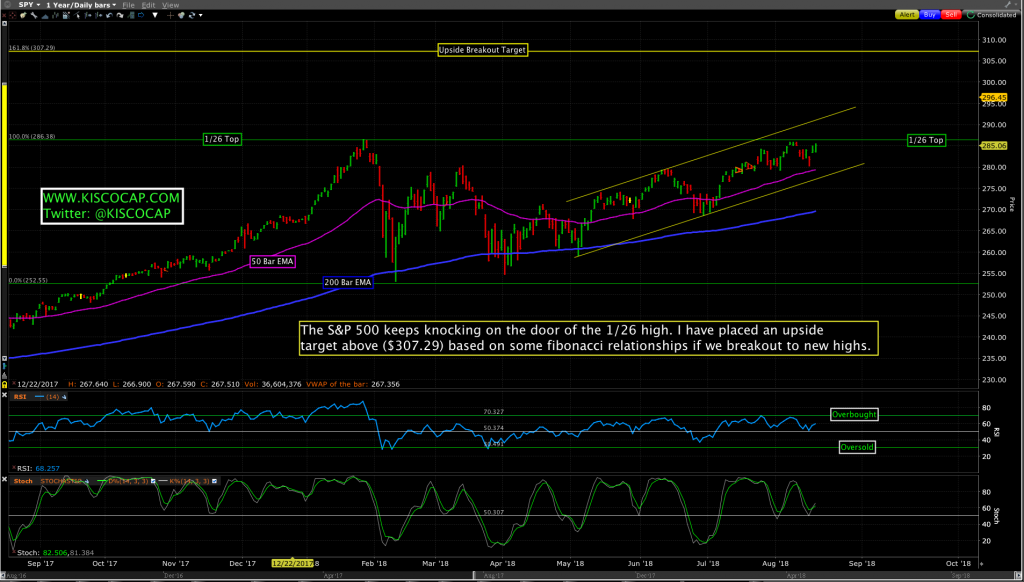 The breakout of the S&P 500 could be the most significant thing in the immediate future so there is not much else to say as we roll into the end of August and towards the mid-term election portion of the calendar.

The chart below should give you an idea of how Turkey’s woes can spread into other countries. As the Lira depreciates, it becomes even harder for Turkish companies to repay debt they have issued in Euros. Quite the problem for Spanish banks which amounts to almost 5% of their GDP. 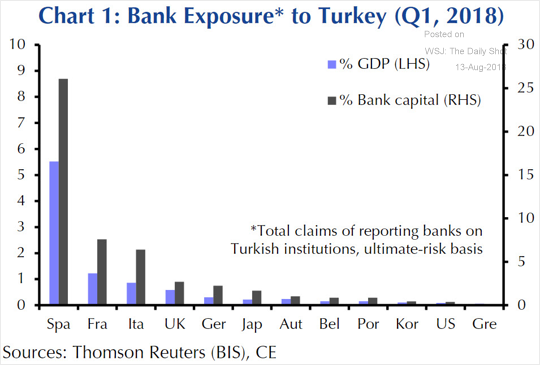 In response to the Lira’s rapid decline, local interest rates have skyrocketed. 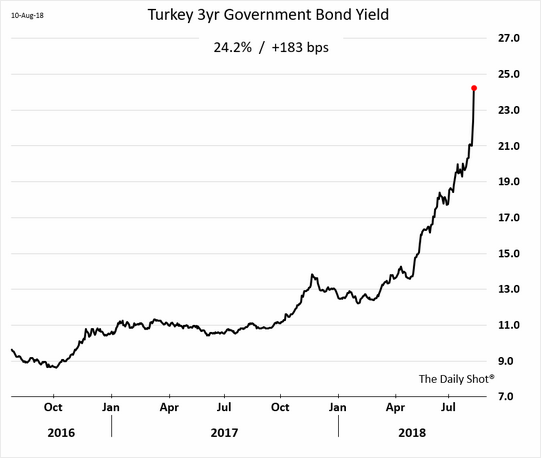 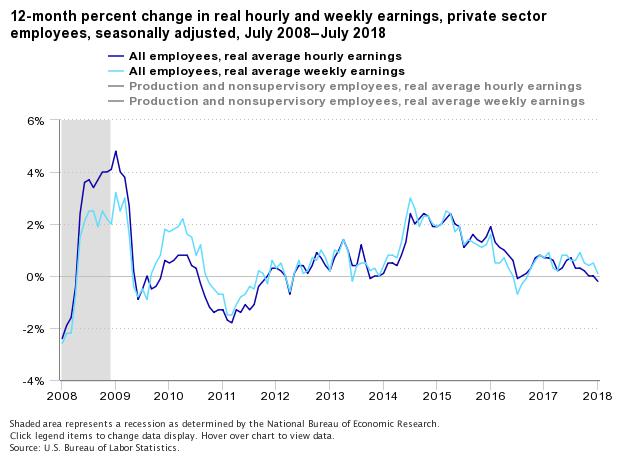