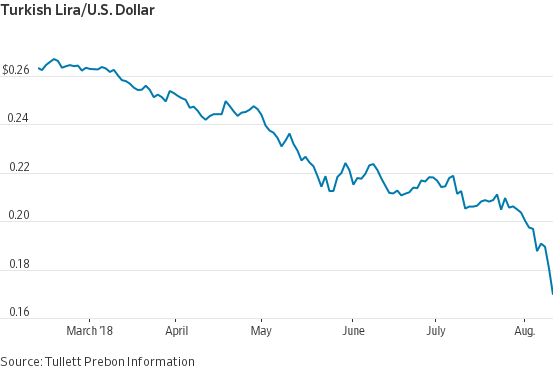 I like to talk about macro risk as I think currencies, central bank policies and interest rates are the three legs of the risk stool that matter as central banks attempt to unwind their ultra-loose monetary policy instituted over the last decade. The “great unwind” is happening slowly but not without tremors like we saw from the Turkish Lira this week that became severly devalued . Why does Turkey matter? Aside from being a trillion dollar economy that bridges the middle east and Europe, it is now a source of volatility that acts as a ripple in the currency pond. Now that we see inflation rising in many countries, central bank polices over the next 1-2 years will likely converge to combat inflationary pressures through interest rate increases.

Turkey is a test case. It is a large economy but not so large that it creates the next financial crisis. You could say Turkey’s problems are due to a rising dictator or you could view it as a country that refuses to bring interest rates to reality. By not raising rates, their currency becomes severely devalued which leads to a lack of faith in the Turkish economy and the Lira. If you have studied economic history you will know that this story has played out many times before which means that Turkish citizens will likely be robbed of their wealth (unless they own hard assets like gold or real estate).

And herein lies the conundrum for central banks. Inflation shows no quarter. Just ask the citizens of Venezuela who have suffered through hyper-inflation and have nothing now. Our central bankers know this conundrum quite well which is why I try and emphasize watching inflation measures as a foreshadowing of interest rate decisions by central banks. The central bankers are watching situations like Turkey as a test case for what could happen if inflation measures accelerate as there will be no choice but to keep raising interest rates for the foreseeable future.

For equities, we saw a hiccup on Friday in reaction to the Turkish Lira crashing but you probably knew that the S&P 500 was already bumping up against resistance as you can see in the chart below. For now, the S&P 500 is leaning towards new highs so we will see next week if Friday’s weak action carries into Monday. 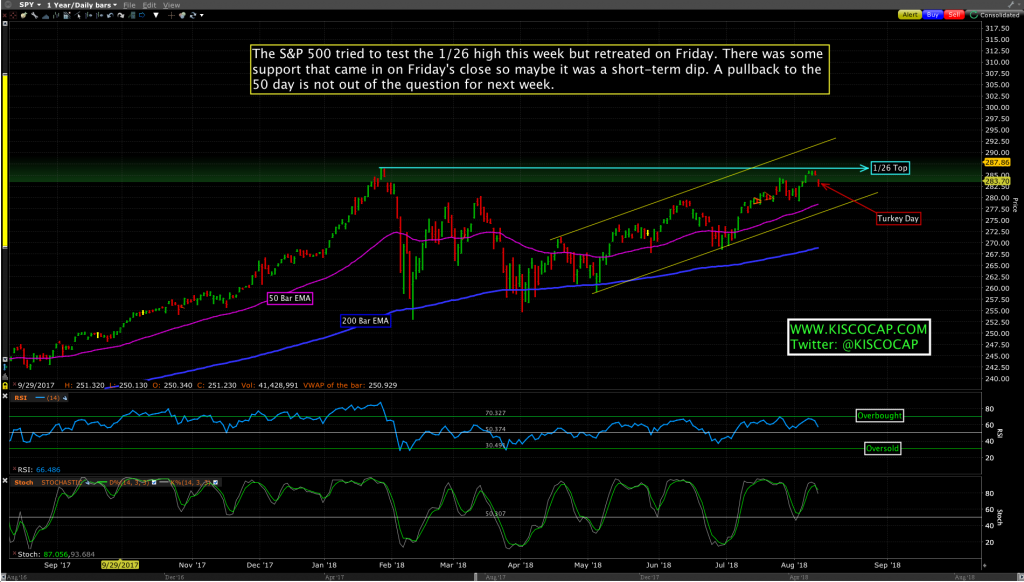 Below is a chart of the holdings of the Swiss National Bank – Switzerland’s version of the Federal Reserve. Yup, central banks own dollar denominated U.S. equities. They aren’t the only central bank to own U.S. stocks, by the way. So, when do they sell? 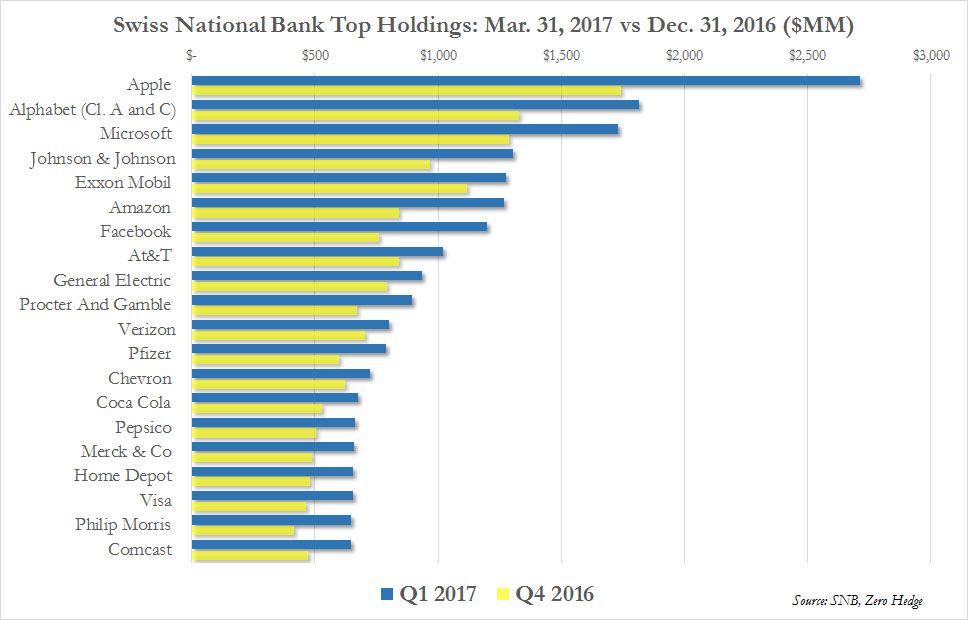 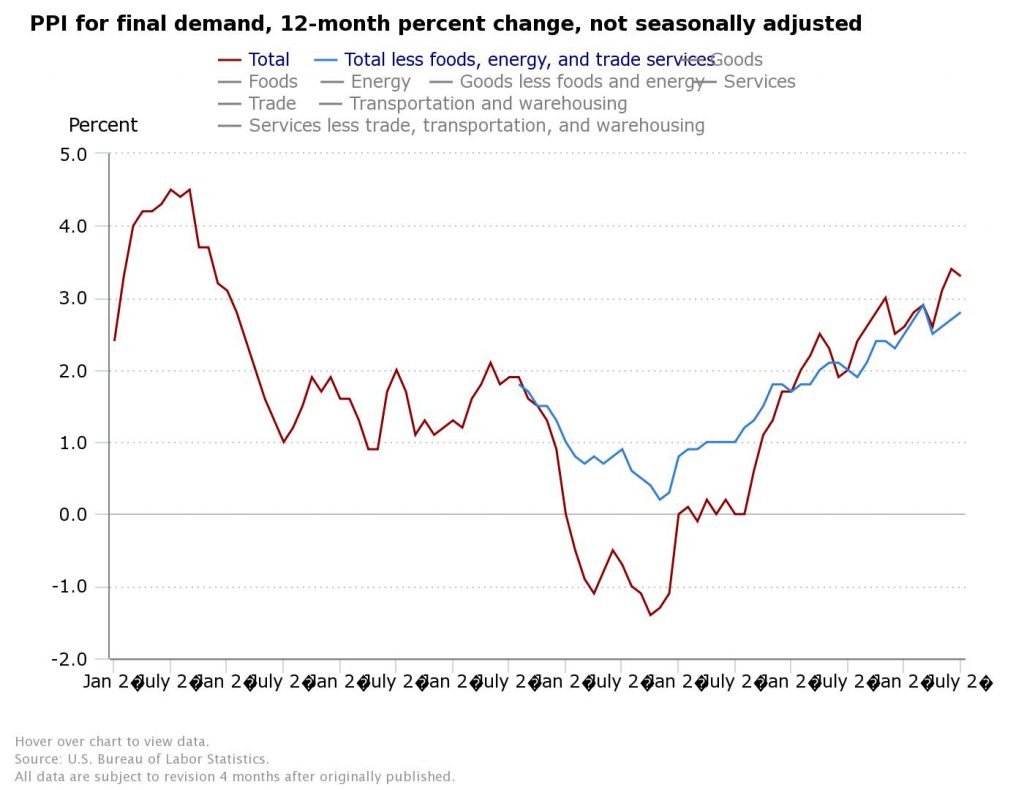 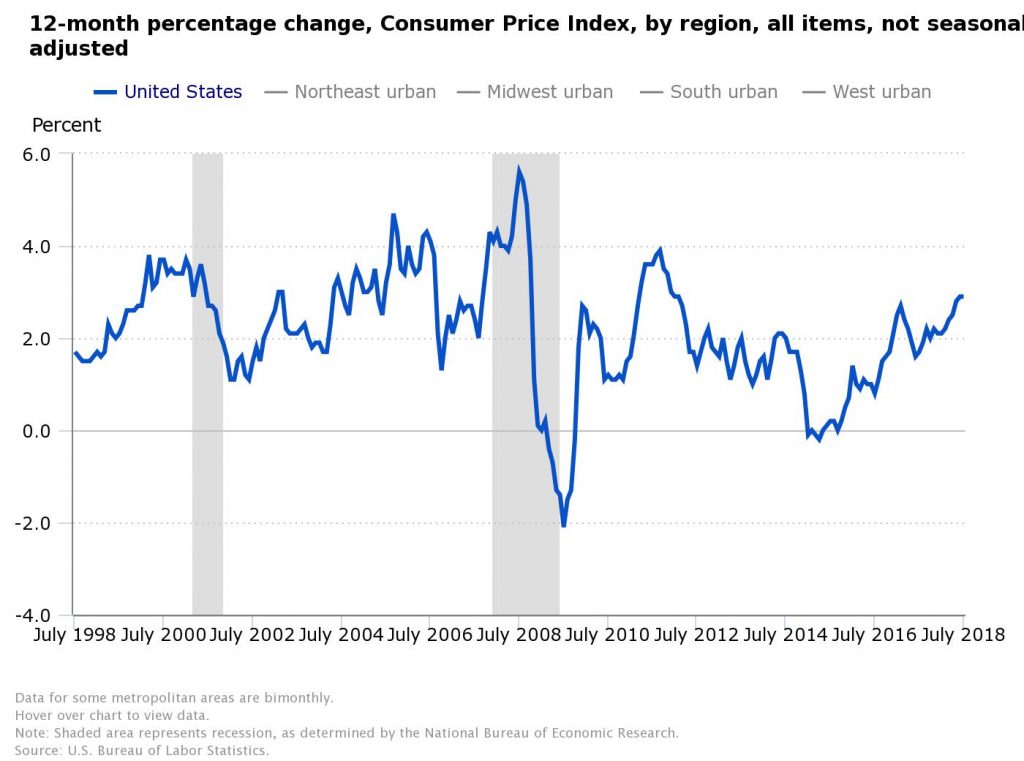