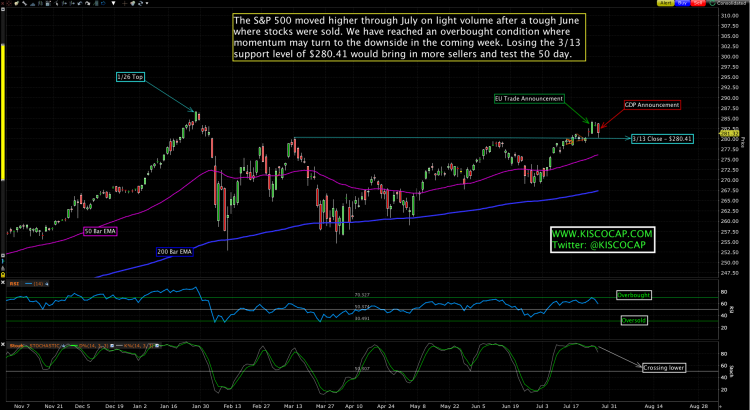 This month has been one of chugging along on the low volume train to the upside with an arrival into earnings season. Earnings are good but the growth in earnings is abating. Some companies are blaming misses on trade tensions but the realty is that currency volatility and inflation are pressuring margins. Both are a result of Fed policy as ultra low interest rates of the past were bound to fire the coals of inflation that in-turn would cause the Fed to raise interest rates and unwind historically low volatility in stock and bond prices. The 4.1% GDP announced Friday is great but it also means the Fed will absolutely continue to raise rates and remove the punchbowl from the market.

On Wednesday, the temperature around trade tensions seemed to lessen as the EU came out and said they would negotiate for more friendly trade terms which rallied the market to a near euphoric high. Combined with the good GDP data on Friday, we had no business selling off into Friday’s close unless we are near an exhaustion point where stocks are likely to pull back in the coming sessions. How much of a pullback is still in question but I think next week will give us some good data to work with on the health of the stock market. 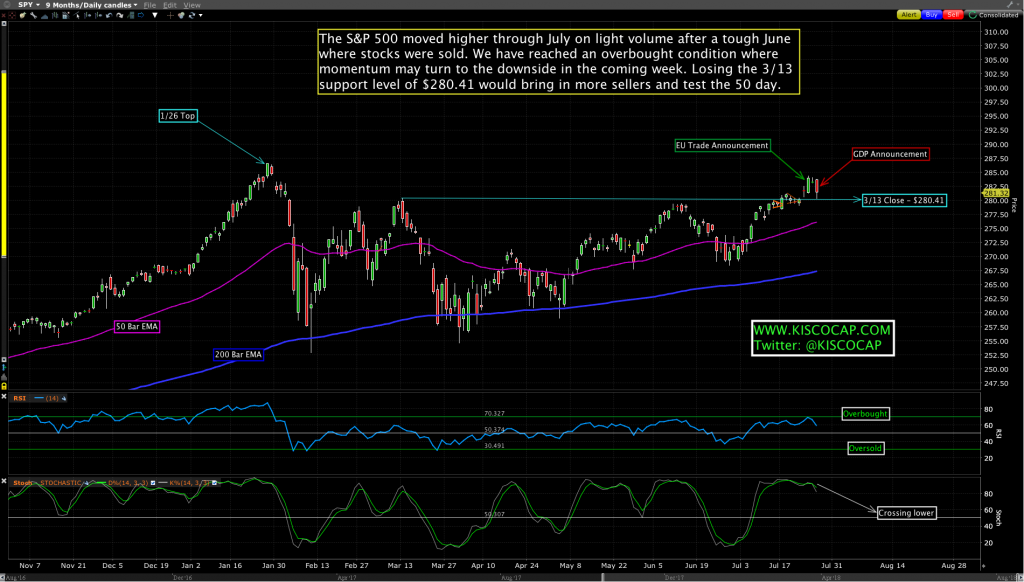 The thing that sticks out to me is that the only volume spike we saw in the last few weeks was on Wednesday’s high after the EU trade announcement. Volume spikes are typically associated with tops and bottoms. 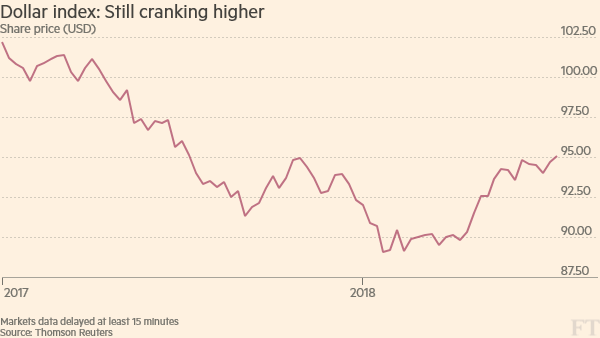 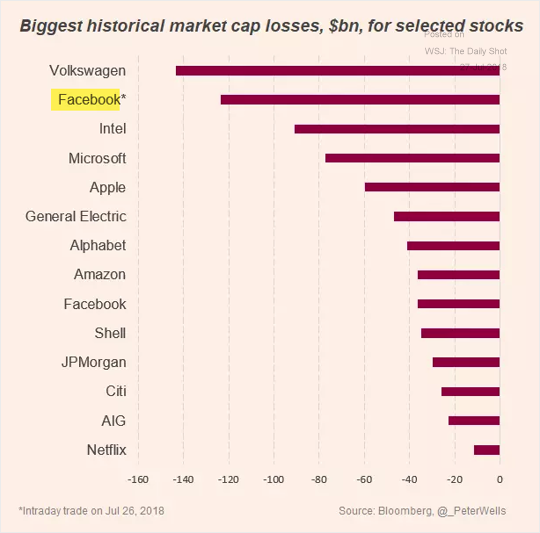