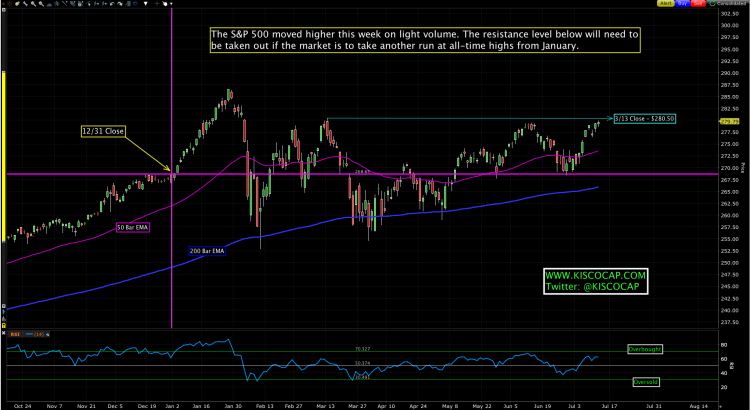 The stock market has continued to oscillate this year round the same price from December 31st, 2017. I have highlighted this price in the chart below with a magenta line:

We bounced off this level in late June and are now back to resistance at the March and mid-June highs where the market will again test these levels. There is a chance that the market melts-up into options expiration on Friday (usually bullish), however, the rise this past week was on thinning volume which implies there is less conviction to buy stocks at these prices. Also, long-term Treasury bond yields continued to edge lower as stocks have rallied which is not what we should be seeing if GDP prospects will continue to be healthy over the next 6-12 months.

The spread between 2YR and 10YR Treasuries continued to tighten 5bps to 25bps this week. The chart below should give you perspective on how bond market traders view this relationship:

We tightened from 30 to 25bps this week so the odds rose from 1% to 10%. I just want to emphasize this spread rarely tightens to these levels so it is worth paying attention to in the coming weeks. I would also like to add that the 2YR Treasury bond yield hit 2.6% this week which was a 10 year high. The trend higher is undeniable. The inflation data reported below should keep the Fed pushing interest rates higher in the coming year. 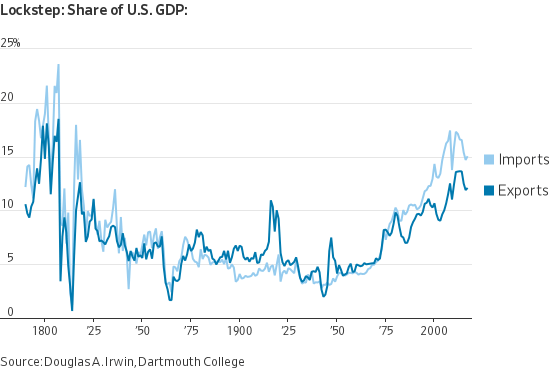