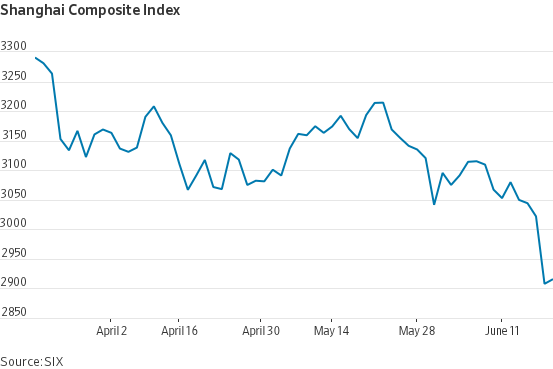 A very choppy market this week with the DOW Jones Index leading the way lower while the Russell 2000 and NASDAQ made new all-time highs. The broader indices are in a divergent state which brings confusion to the overall health of the stock market. In my last issue, things looked promising but with the DOW index closing lower for 8 session in a row, there may be a trend change at hand to the downside. Divergences are what you see at or near tops so it is time to be cautious until there is clarity in the overall trend of the market. Simply put, with the Russell 2000 and NASDAQ making new highs, there is no way the DOW should have been down 8 days in a row.

China’s stock market is down almost 20% this year, Europe has tepid growth and emerging markets are showing large one-day swings in stock prices because of a strengthening dollar due to rising interest rates in the United States. It is only a matter of time until volatility comes home to roost in the U.S. indices. It would be nice to think the USA would be immune to foreign market volatility but we have spent the better part of the last three decades becoming an interconnected global economy. It is simply too late to de-couple.

Let’s not forget the central banks. U.S., Japan and Europe have coordinated the game of suppressing volatility through low interest rates and quantitative easing. The reversal of these policies will likely bring a haircut to stock prices around the globe when optimism rings the bell.

But let’s keep an open mind as stock markets have a mind of their own and look for a break of support levels before throwing in the towel and retrieving the Bear suit from the cleaners. Below is the chart of the S&P 500 ETF. Losing the 200 day (blue line) would be a level to watch for a larger move to the downside.

In the spirit of the World Cup: