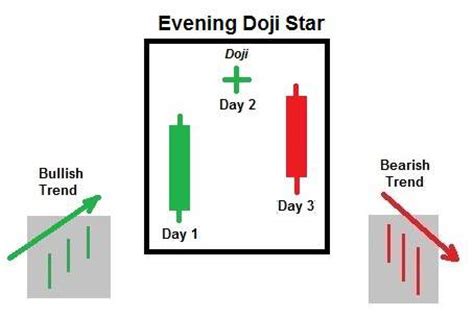 A good week for stocks until Friday afternoon where the DOW rolled over and pulled the other indices lower. In fact, the indices were in the midst of breaking out to the upside this week but failed in their effort and were pulled down to the 200 day line, again. What I would also like to point out is that there was a candlestick pattern that emerged as the week ended. You probably aren’t familiar with this type of pattern but there are several that are quite common and helpful in gauging the strength of an uptrend and points of reversal.

The “Evening Doji Star” appears at reversal points and show an uptrend that is too weak to continue higher portending lower prices in the coming sessions.

Now, let’s see if this pattern appears in the chart from this week’s price action in the S&P 500:

The Doji Star pattern normally appears at the very top of an uptrend so its not in a classic position but it is there staring you in the face sitting on the 200 day line so it can’t be ignored. So, we failed to breakout AND this candlestick pattern emerged so breaching the 200 day and testing the February low are back in play. There have been many head fakes these past three weeks so a green open is hard to trust which puts us in a wait and see stock market.

Remember, the technicals we are experiencing are connected to the January 26 top and the ensuing 10%+ pullback. The correction is simply continuing and unresolved at this point. Hence, the unpredictable and choppy price action.  Its best not to ask “Why?” or rationalize why we should or shouldn’t go up or down – just recognize we are at a critical juncture and to be careful about preserving your capital.

Ok, so we all know where the new all-time highs are on the chart but how low can we go if  things unravel? For that, we need to look at a longer-term chart to find support levels. 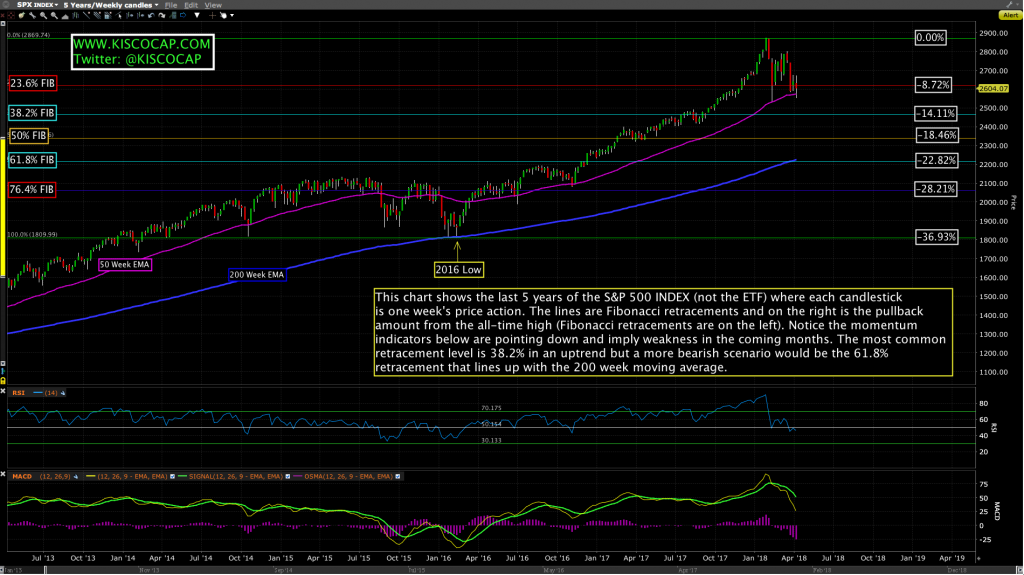 Chart of the Week

According to Stratfor, the fourth industrial revolution will usher in robotics, 3-D printing, automation, the “internet of things” and other related technologies that will radically change the way economies behave in the decades to come. The 5G communications networks that will underpin numerous applications of these technologies could, like many other areas, become an arena for battles between the United States and China. 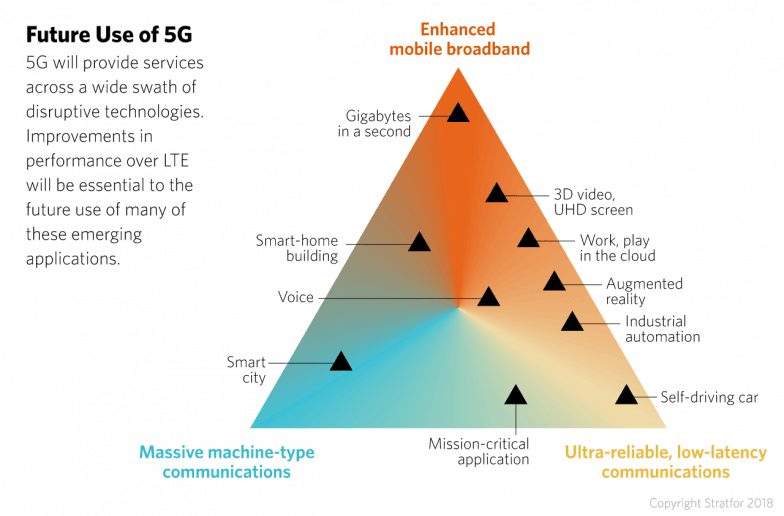