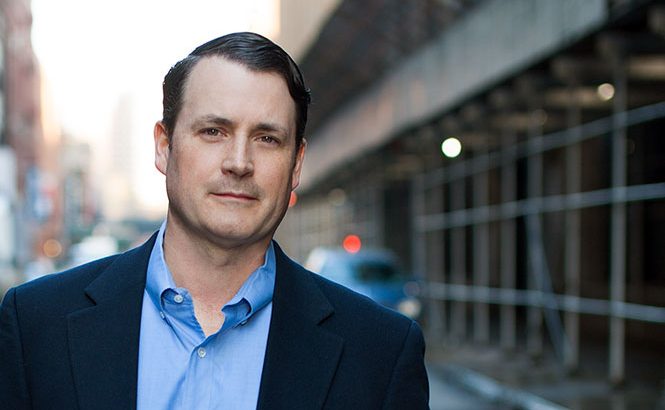 The stock market largely received good economic data and earnings this week which was a reminder that interest rates are likely to normalize (rise) in the coming 12-24 months. This wouldn’t be such a big deal if the Fed had begun rising interest rates a few years ago but now the market is beginning to wrestle with fears of “catching-up”. So now, the stock market is 4% below last week’s close in reaction to this fear. Why? Well, the long-term average interest rate on the 10 year treasury is around 5.5% – we closed at 2.85% on Friday. I doubt we get anywhere close to 5.5% in the next 24 months but the market just woke up to the fact that the free ride from the Fed is ending and we can no longer ride the tricycle of 2% growth coupled with quantitative easing.

So what is happening now that long term interest rates are reversing course for the U.S. 10 year Treasury? Is it just the homeland or should we look far and away:

Germany: Ultra-low rate that has doubled to 0.72% in the last few weeks. 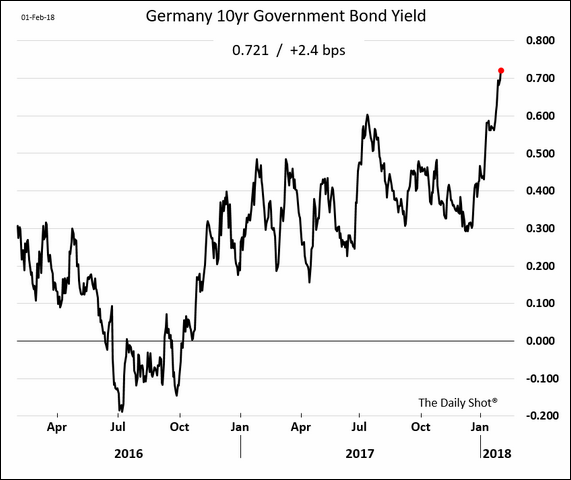 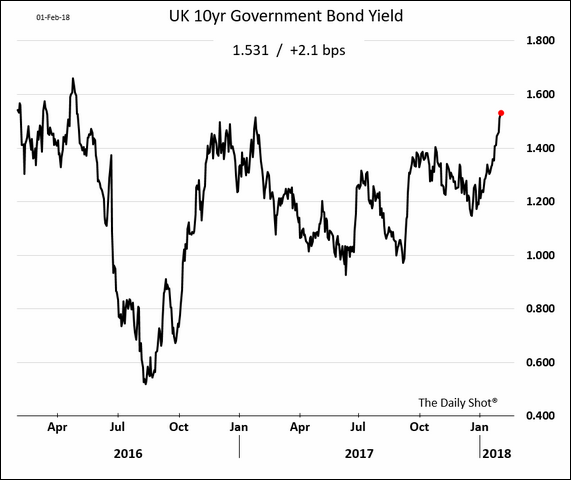 Canada: NAFTA fears? There is a potential for a real estate bubble here so watch how interest rates and real estate prices play against each other in Canada. 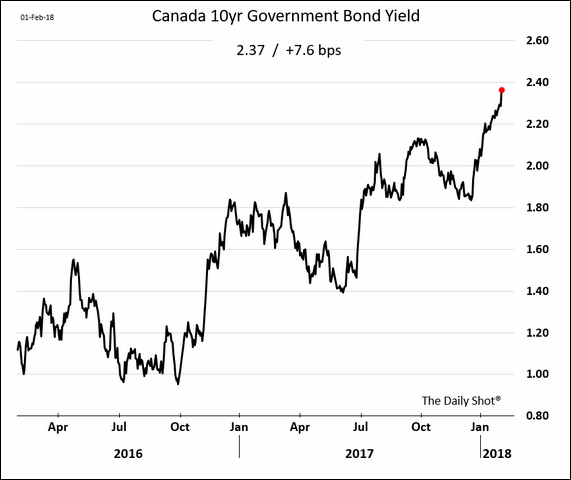 Japan: The Bank of Japan has now set up a ceiling for interest rates as they will buy any bonds that yield above 0.1% – effectively providing a floor for the price of their bonds. Keep in mind that Japan’s government spends something like 40% of their tax receipts on paying interest on their sovereign debt. They will do anything possible to manipulate the rate they pay on their 10 YR bonds to keep their budget from imploding. History tells us that they will eventually lose control of their yield curve and the Yen will go down in flames. The canary in the global central bank manipulation coal mine is Japan – so pay attention if you see the Japanese 10YR spike above 0.10%. Yes, zero point zero one percent. At this point, I think Japan uses a cuckoo bird and not a canary. No emergency in the near term but keep this nugget of information in the back of your head. 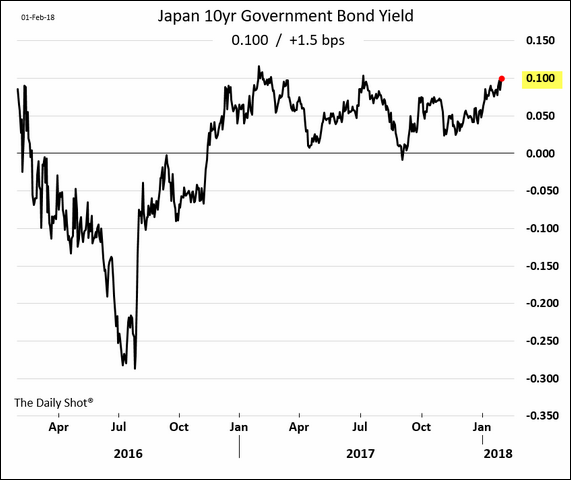 United States: We are leading the pack higher as the prospect for growth looks better given the potential for increased corporate investment due to the new tax bill. Hey, borrow in Yen at 0.10% and build in the USA??? In the chart below, notice how interest rates began to spike the closer we approached the vote for the tax bill. We almost got to 2% in the Fall and now we are eyeing 3%! 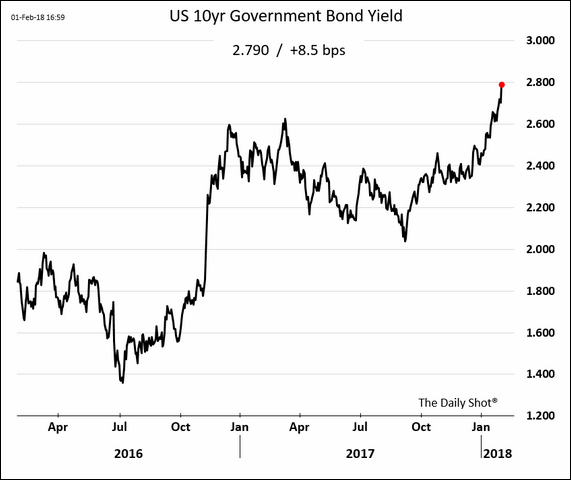 The moral of the story is that interest rates and growth will now wrestle like the bull and bear of Wall street. Can growth outpace the rise in interest rates so that the stock market can continue its pace higher? Here is a chart of the S&P 500 for a take on the most recent drop:

The monthly oil production report from the Department of Energy placed the November US crude oil output at over 10 million barrels per day! This pace of production came much earlier than expected. (WSJ) 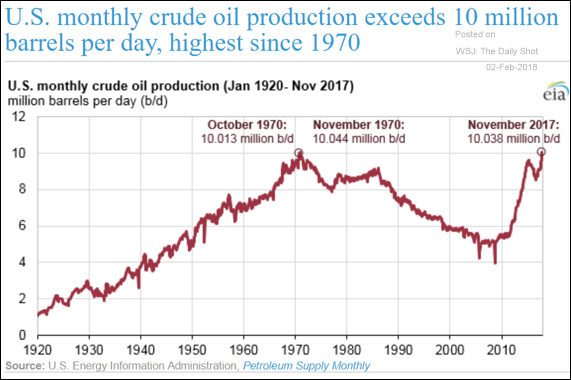 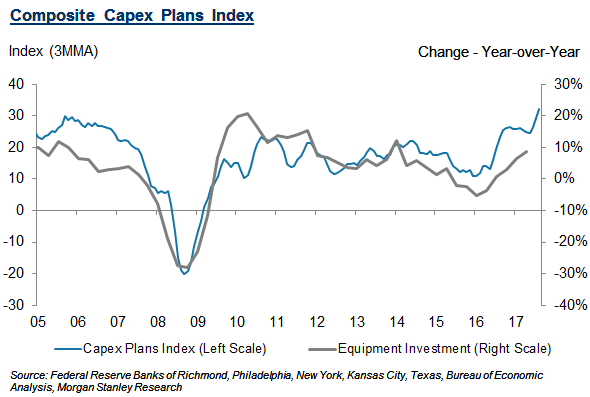 Regards and thanks for reading all the way to the bottom!