A bit of consolidation early in the week gave way to a continued advance to close out Friday. This advance is shaping up to be more than a handful of large-cap technology stocks like we saw for a good part of 2017. Sectors that have been dead money or lackluster the past couple of years are starting to come alive. This means that it will be easier to diversify holdings without “giving-up” on growth as most growth has been concentrated in technology, social media, IPOs or “gotta-own” stocks like Apple, Facebook, Amazon, etc..

So who is leading the pack for 2018? See below for a few of the many sector ETFs that I follow as of Friday’s (1/12) closing prices:

Any of these sectors ring a bell as leaders for the past few years? Well, keep an eye on these sectors as the economy may start trending towards higher growth and capital investment by corporate America which will drive money into these sectors. Earnings announcements began on Friday with JP Morgan (good) so keep your ear to the ground for what CEOs tell the market about their plans for the new year. Increased capital investment – factory building, research & development, purchasing land & machinery – could all be drivers of stock prices for 2018.

Twenty-eight companies listed on the S&P 500 are slated to report results next week. Banks will continue to post earnings with reports due from Goldman Sachs, Bank of America, Citi and Morgan Stanley. Other companies on the roster include CSX (railroads), IBM, American Express and Schlumberger.

States with the highest inflows of Americans (from other states). 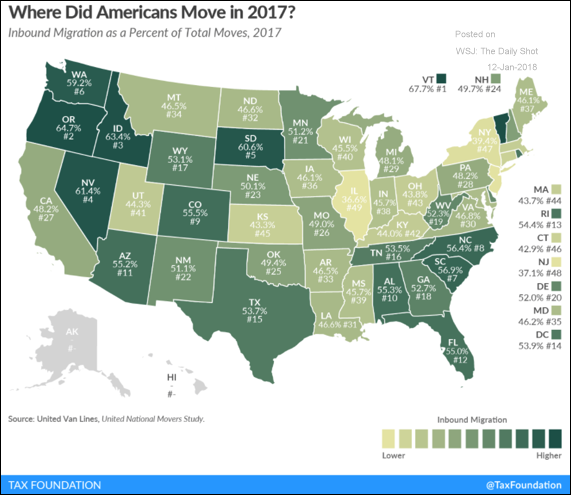 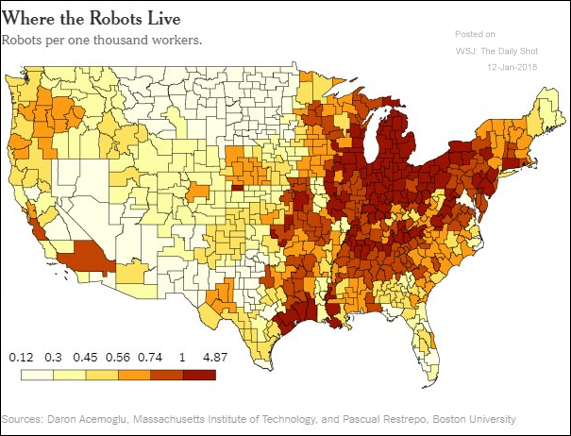