Another wild ride this week in the cryptocurrency world as bitcoin opened down 30% on Friday only to snap back up to +12% over Thursday’s close. Overall, a bad week for bitcoin as it dropped 38% from its peak, however, if you study technical analysis it is common to see 38.1% retracements (Fibonacci) in an uptrend. If Friday’s intra-day low can hold then you will probably see new highs in the coming weeks/months. If true, 2018 will be the year of the crypto and probably kick off a bid for risk assets and growth companies in the coming months.

The tax bill finally passed with a repeal of the individual mandate from Obamacare so there was a 2-for-1 in this legislation which was unexpected from when the bill was first originated. The reaction for corporate America was interesting as several companies came out in support of the tax bill and made announcements ranging from awarding bonuses to workers and raising their minimum wage (a little more detail below). I’ve never seen companies react that way to legislation so this may be a cultural change for corporate America where CEOs go out of their way to make jobs in America and build factories here, too. Conjecture on my part but we should be hearing more from CEOs about their capital spending (investing) plans for 2018 in the next 30-60 days. Needless to say, a pivot to building in America verses overseas will be good for the U.S. economy and stocks in general.

Love or hate the December legislation you have to hope this does some good for the American worker and wage growth. This will be my last post for 2017 so see you in the new year where bitcoin will likely hit that new high $20,000!

This chart shows where our inventors grew up… 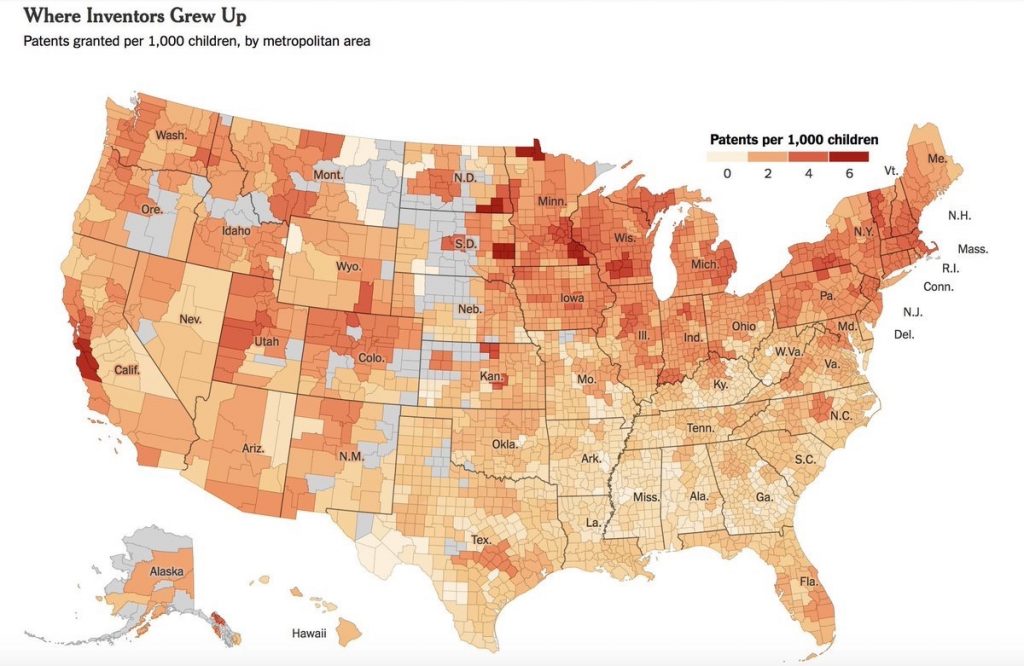 This interesting chart shows where wealth is concentrated in terms of property value. It shows how much wealth is at risk from natural disasters. Surprisingly, Tokyo has the most at risk so let’s hope Godzilla remains in hibernation. Expect to see real estate values in China and India rise in the coming decade. 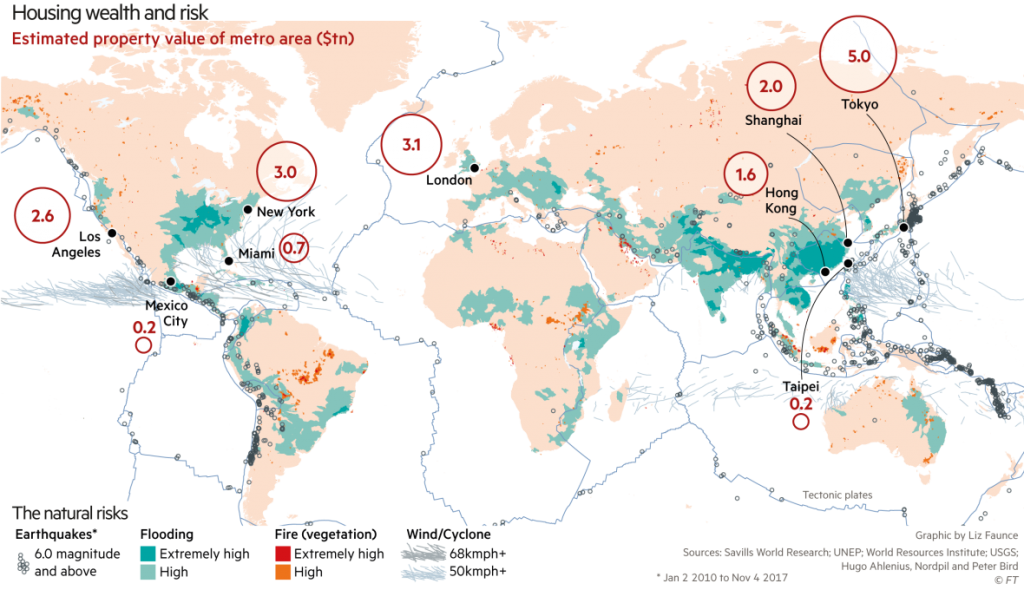 The tax bill was finally signed into law this week would should have a positive impact on corporate america. In response to the tax bill becoming law, AT&T will be giving $1,000 bonuses to 200,000 employees and Wells Fargo is raising its min wage to $15/hour. Let’s hope this bill will change the culture of corporate America to bring jobs back home from abroad and build new factories domestically.

One area that will be a loser from the tax bill is in the high yield debt markets. The limitation on deductibility of interest expenses will hurt leveraged companies whose interest payments are significant relative to their earnings. This may cause spreads to widen in the high yield market but we will have to wait and see how this market absorbs this new dynamic into pricing junk bond yields.

Here is a tax related chart that shows corporate taxes as a percentage of tax revenues collected at the state level. Will states lower their rates in the coming years in response to the federal tax bill just signed into law? 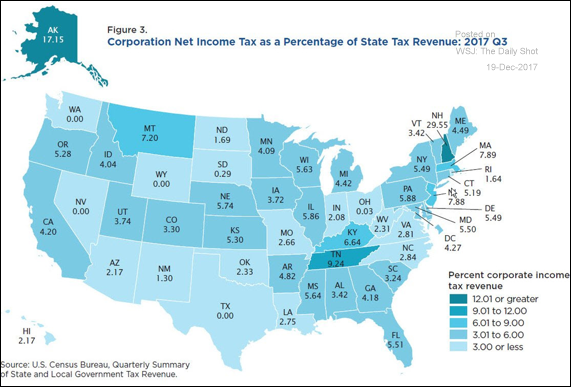 That is all for now until next week’s Market Update. If someone forwarded you a copy of this report, you can sign up directly at www.kiscocap.com.