Bitcoin mania continued this week as the cryptocurrency continues to go parabolic in a move that is sure to surprise many. Futures contracts on Bitcoin will start trading next week which should be interesting as it may increase volatility as Wall Street traders get involved. There has been talk on shorting bitcoin to contain the price but that may be like throwing a firecracker at a freight-train. The market cap of bitcoin is something like $270B which is crazy to me but there are those that say it will go higher. If you are looking for a mania then you have found it. 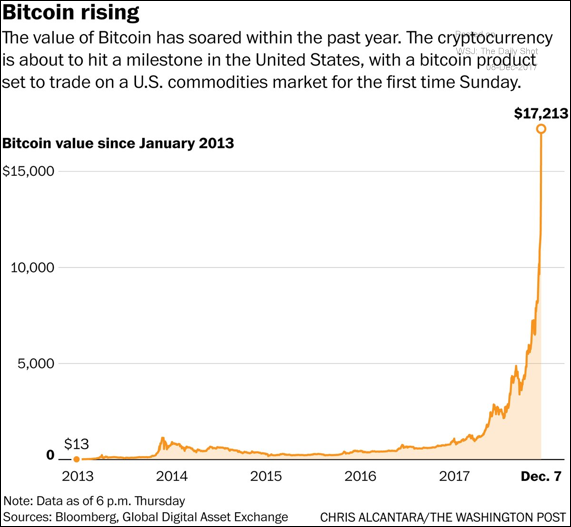 What is the worst that can happen from this craze? Seeing Bitcoin go higher and higher. As the dollar price of bitcoin rises, newer crypto-currencies are appearing that may be less secure and easier to steal. Did you hear that $70mm of bitcoin was stolen last week? Yep, hackers can get into your bitcoin wallet if they unlock the “key” that secures it in your name. Once it is gone, there is no insurance to cover your loss or government to put someone in jail. It is gone forever without a trace and that is why criminals love bitcoin.

Just imagine this craze going on for another 12 months with more and more people buying the next cryptocurrency in hopes of seeing it skyrocket like bitcoin. In fact, there are now over 200 cryptocurrencies that have a total market capitalization of $435B (coinmarketcap.com)! As you can see, the more people that get dragged into the cryptocurrency pyramid, the bigger the bubble becomes.

And where would that total market capitalization be one or two years from now as this pyramid grows? That would be the monster of all bubbles but we will wait and have to see how this plays out. It certainly is reminiscent of the dot-com craze but it may just be getting started given how many new currencies have been created in the last few months.

Can cryptocurrencies replace the currency in your wallet? Neil Howe from HedgEYE has a few thoughts: 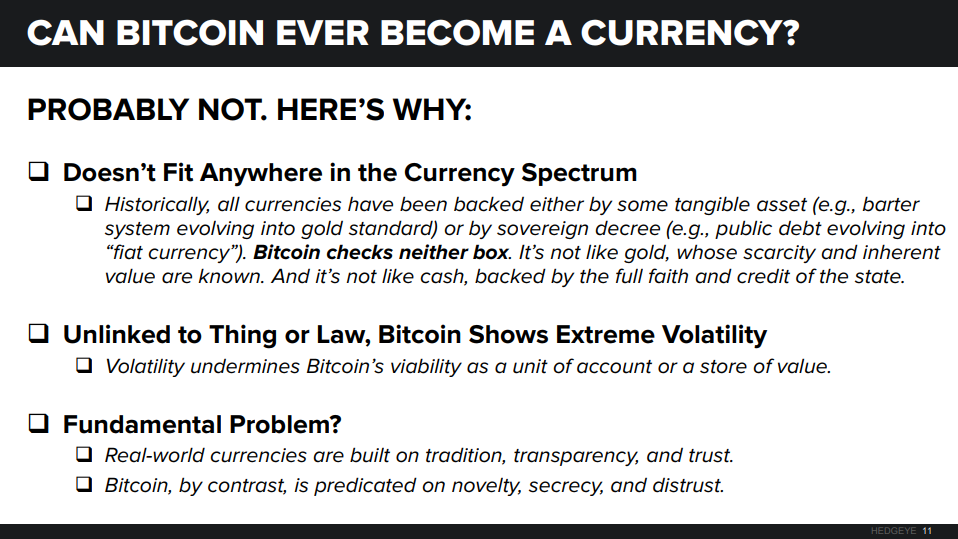 Stay tuned as I think this will be in the news more and more in the coming months. Will this drag stock markets higher? Not directly but the manic price action in bitcoin does parallel the complacency and low volatility we are seeing in the stock market.

Two-year euro zone government bonds have raced below zero this year: most governments can borrow at an even lower cost than the European Central Bank’s deposit rate. Yields are being driven lower as the ECB continues to expand its balance sheet by buying bonds.

Consider high taxation on cigarettes as a form of prohibition and you get the idea from the chart below. Criminals own all the products that are prohibited by the government. Each state taxes cigarettes at different rates, by the way. 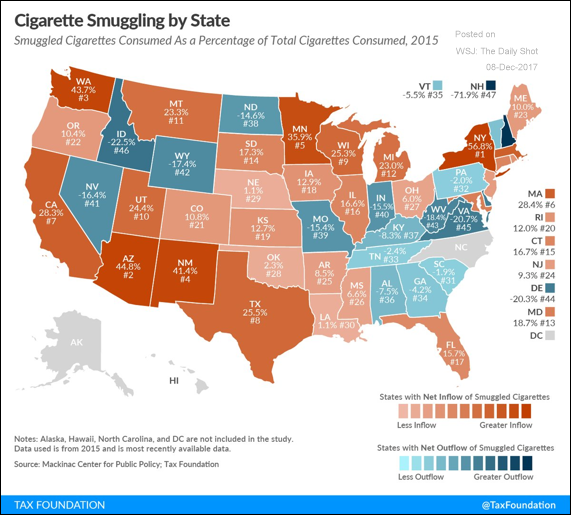