We had a fairly choppy week of market activity that ended with an options expiration Friday (3rd Friday of every month). Option expiration dates tend to lift stock prices higher so maybe this phenomenon carries over into next week given the holiday. The House passed the new tax bill this week so its on to the Senate where it looks to be a close call on passage. A disappointment will not be taken well by the stock market. Only 28 more trading days to go in 2017. 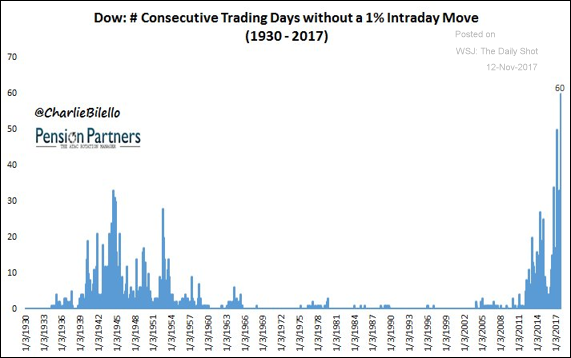 The technicals say a pullback of some kind is likely and complacency has been very high as evidenced by ultra-low levels of volatility. So it is a market that has a yellow caution flag written all over it.

It has been over 250 days since we had a 3%+ correction – the longest in the history of the stock
market. On average you see one every 60-90 days so we are due for something to happen. The larger concern is that the stock market could slip into a much larger correction given the level of complacency built into the system. Despite how 2017 ends, I think this low-volatility chapter of the stock market is coming to an end. That is a healthy thing as it will allow for better price discovery and begin the process of weeding out some of the excess we are seeing in places like the high yield bond markets.

Holiday week next week so have a Happy Thanksgiving! 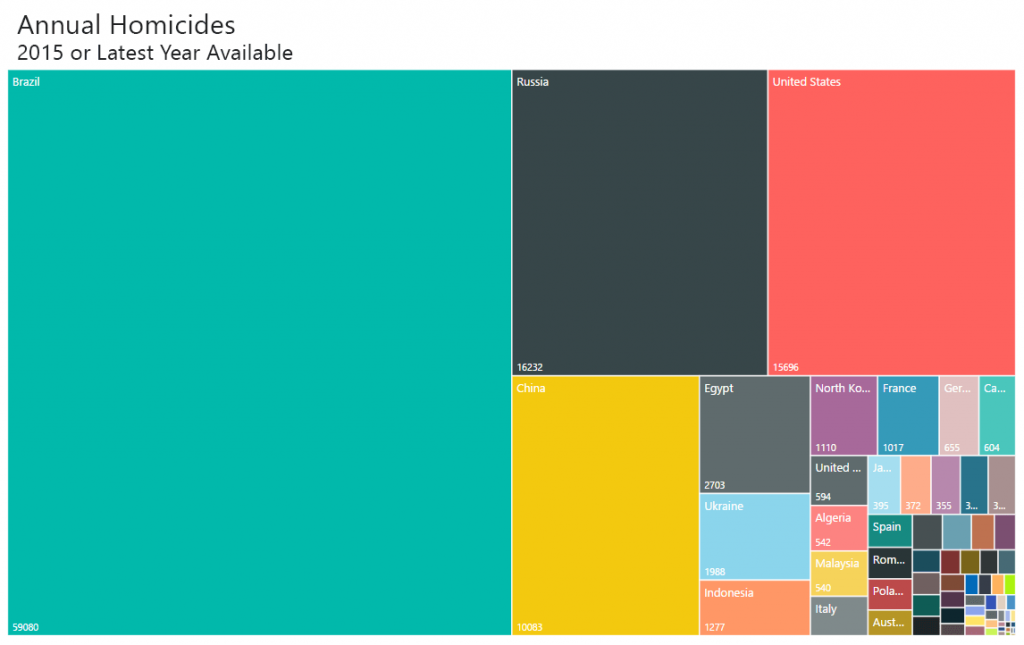 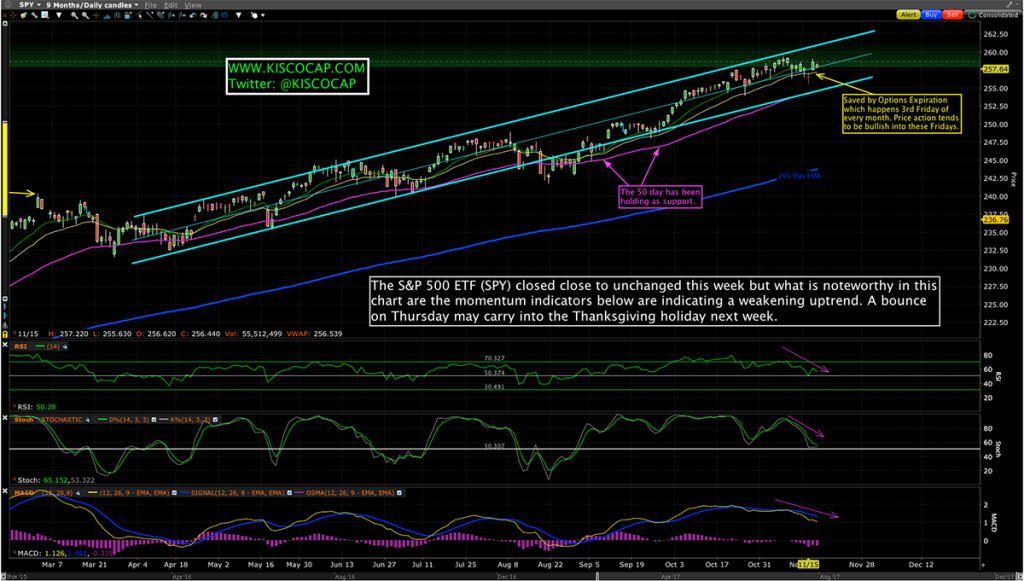 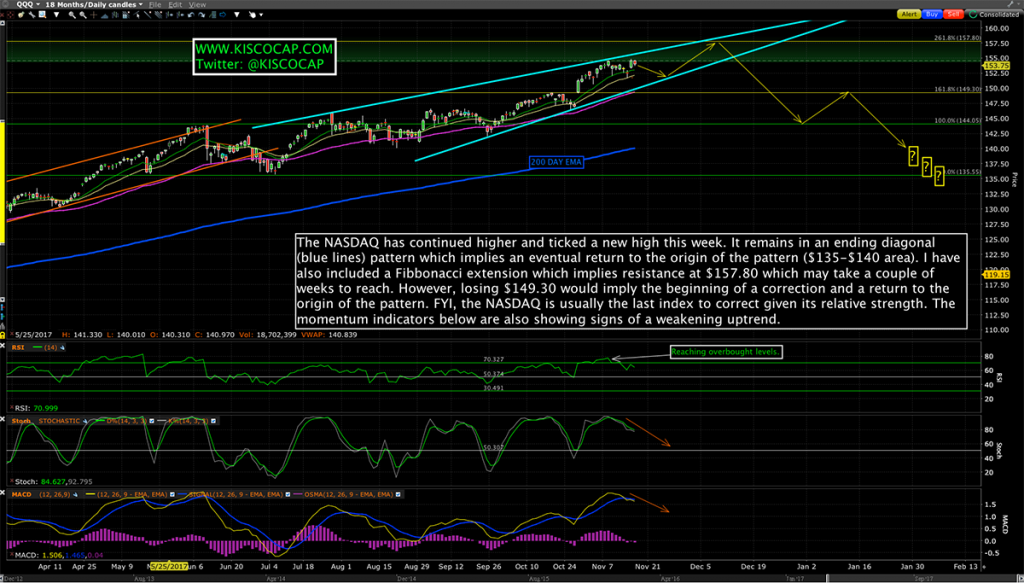 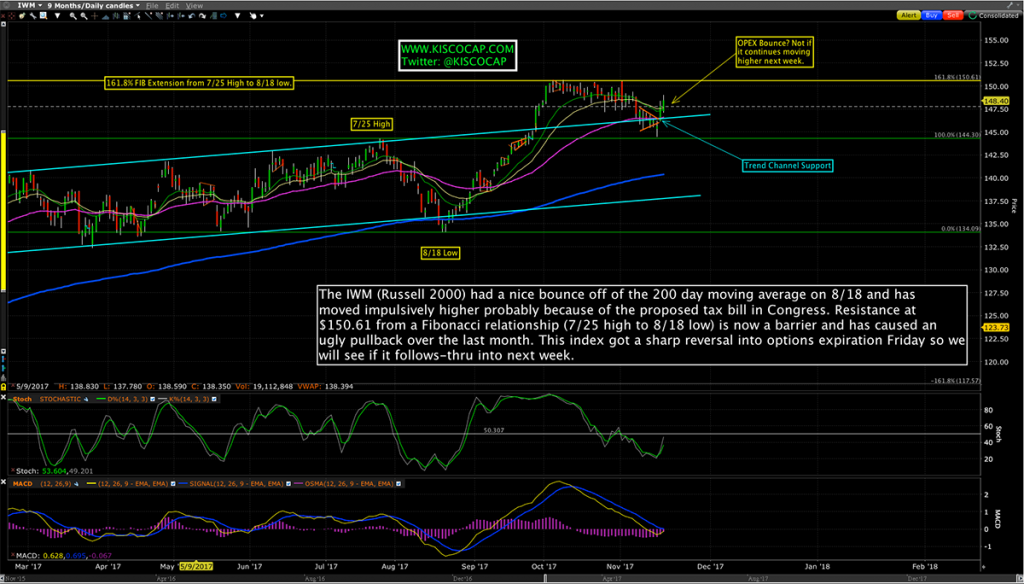 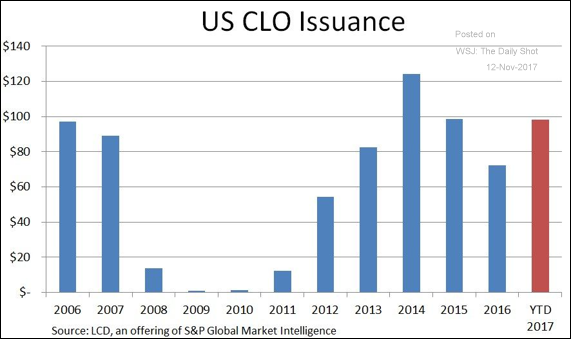 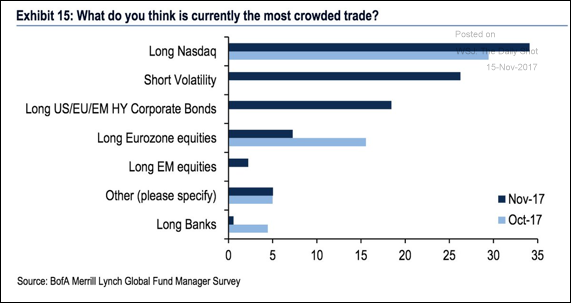 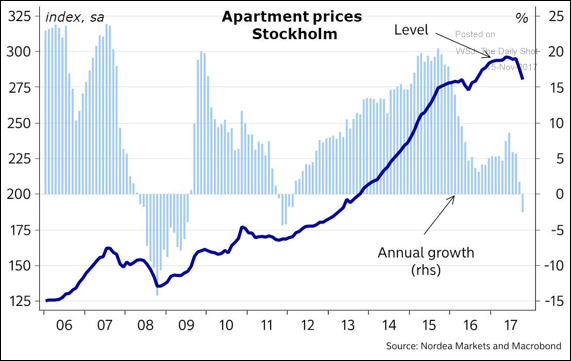 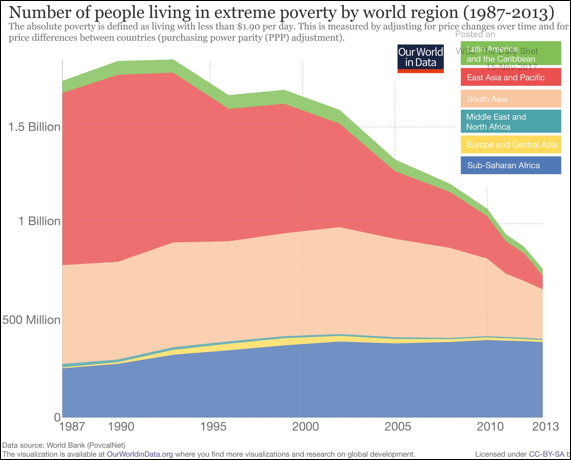 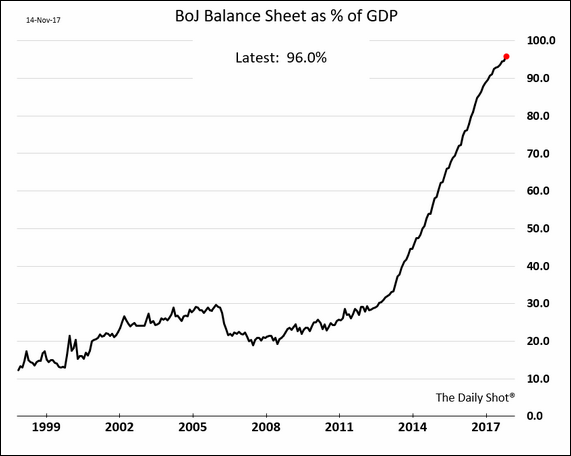