I was reading this week that the S&P 500 has now gone 250 trading days without declining more than 3% which is its longest streak ever. Think of having 70 degree weather in January for two weeks in the northeast. Highly irregular and not likely to last much longer. You may not have noticed the intra-day price swings but there are some hints of volatility returning into the system over the last two weeks for what it is worth.

Earnings season remains “ok” but the market is punishing companies that disappoint to the tune of being down 10% or more in some cases. Sectors that remain in downtrends are energy, consumer staples and retail. Industrials and financials are likely the next sectors to show topping activity in the coming weeks. Semiconductors, technology, biotechnology and healthcare all look to have recently pulled back and are now moving higher. A bifurcated market is likely to continue for the foreseeable future.

Pay attention to social mood in the coming months. There is a great deal of questions people are thinking about regarding 2018. There is the question of interest rates rising and how less accommodating central banks will affect global stock markets. There are political changes in Spain (Catalonia), U.K. (BREXIT), Turkey (dictatorship?), Saudia Arabia (new King) and China (Xi consolidates power). In the United States there are questions regarding tax policy, trade policy, immigration, healthcare and an upcoming mid-term election. There are also bad actors popping up (Harvey Weinstein) and manias like bitcoin which can’t be denied in the main stream media. Eventually, a fatigue factor may set-in where uncertainty and negative moods creep into the enthusiasm for the stock market. Stay tuned.

Fun Fact of the Week 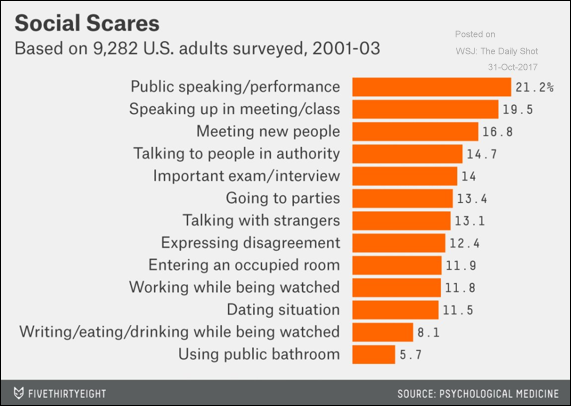 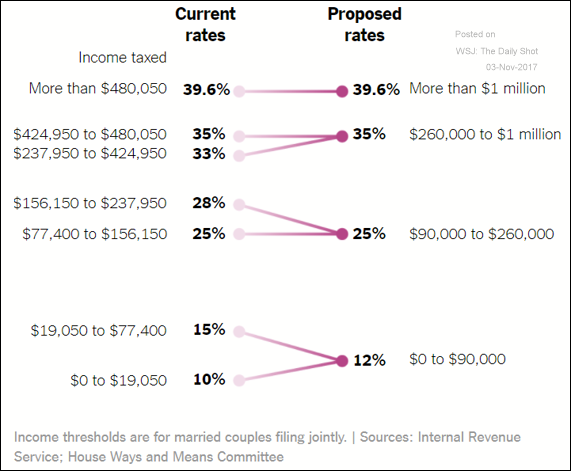 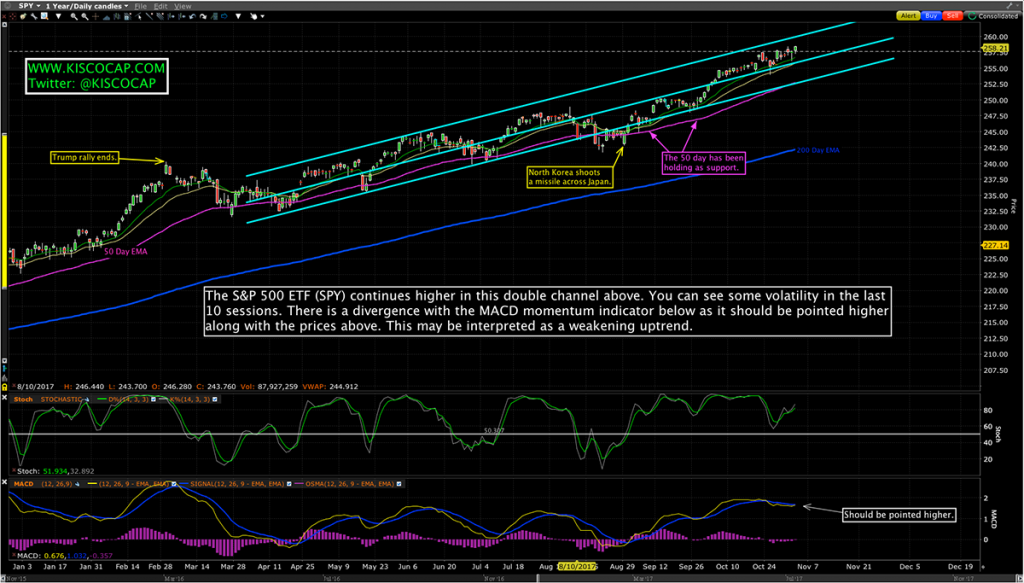 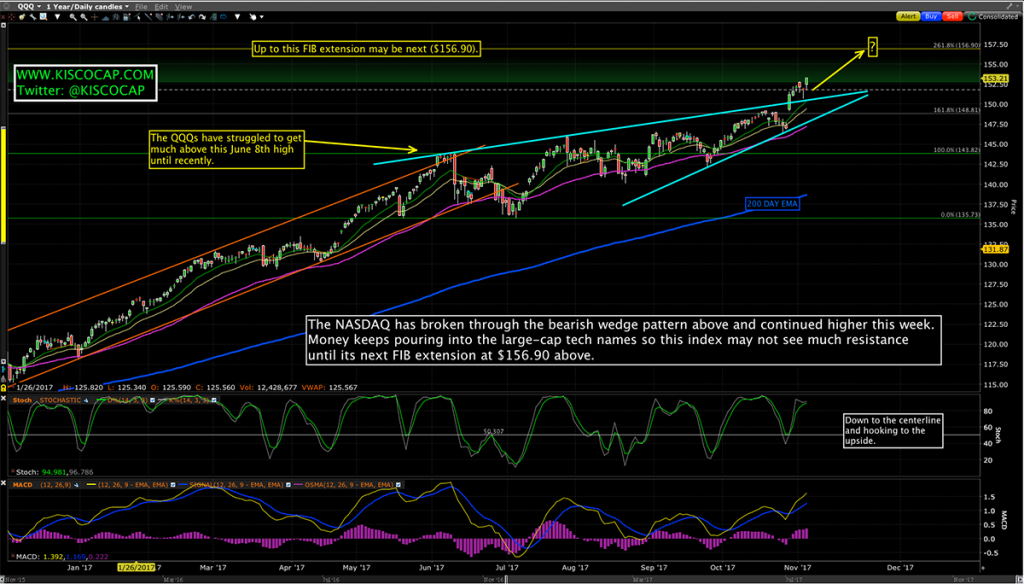 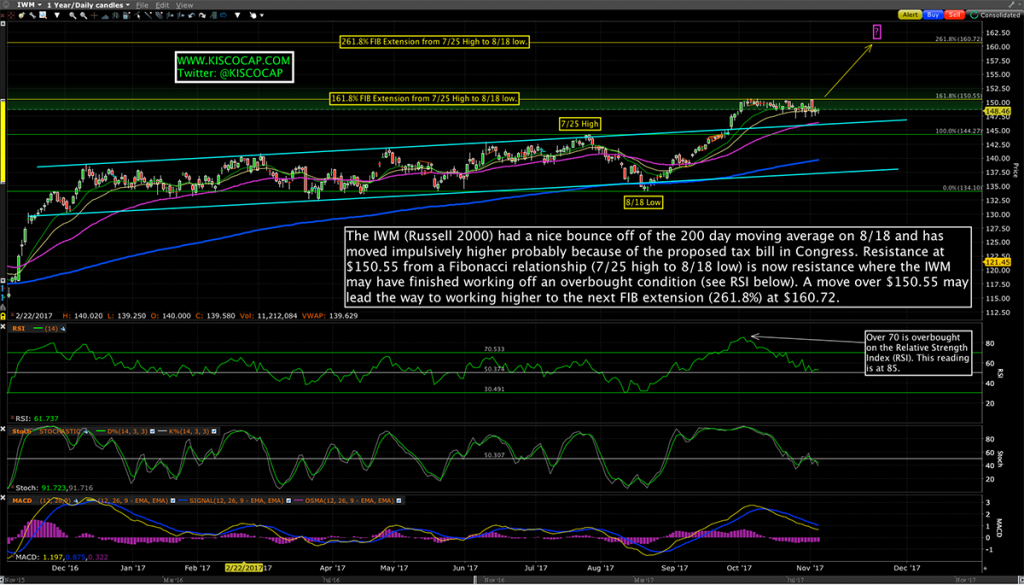 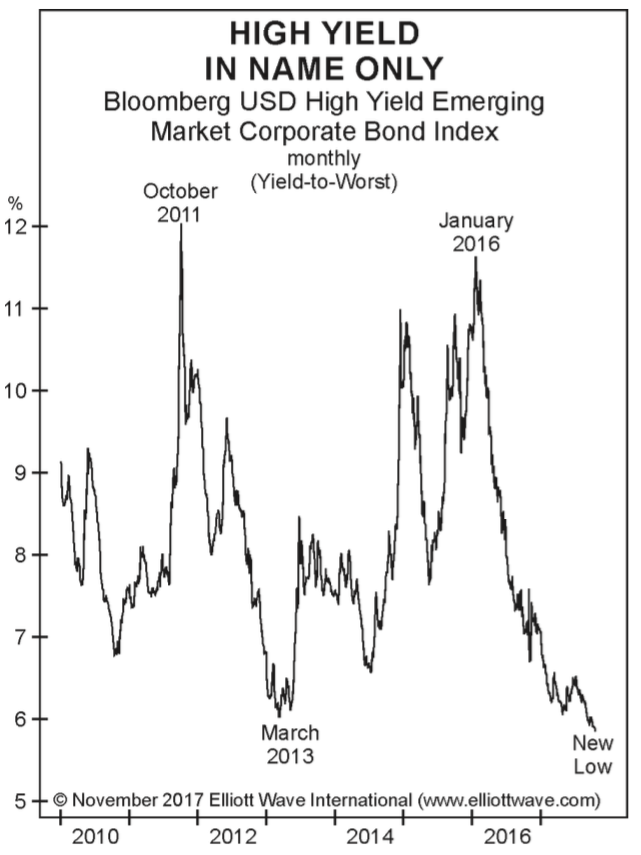 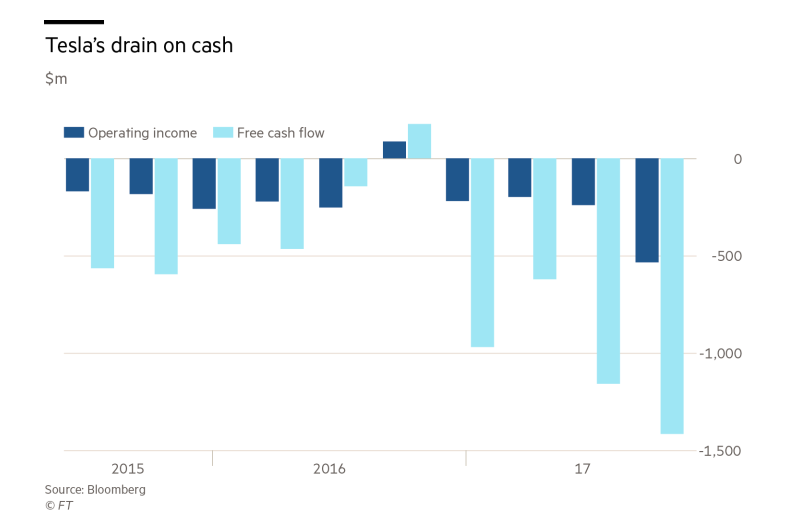