I hope everyone is enjoying their holiday weekend but its back to business next week and the coming weeks will be interesting. We have the Fed meeting September 19-20 where the market expects more details on how the Fed will withdraw stimulus either through interest rates or reduced quantitative easing. I doubt that there will be any great clarity on these items as in the last week we have had good GDP, mediocre job growth and one dictator who likes playing with his missiles. I just don’t see the Fed changing anything substantially with a potential military conflict or war with North Korea looming on the horizon.

For those that missed it, the market hit a key reversal point on Tuesday morning after North Korea shot a missile over Japan. Looking back, the market tried to break down in late August but that effort failed after several sessions of rangebound activity. As we closed out the month, all that was needed was an excuse to buy the market. That came on Tuesday when stocks opened substantially lower on the North Korea news which brought in buyers and flipped momentum to the upside.

In my mind, everything is short-term right now. There is no clarity on policy changes out of Washington (taxes, healthcare, trade) and military tensions are escalating around North Korea. There are other trigger points to discuss but I think these two items along with the Fed meeting will be in focus for September. The market hit a nice bottom on Tuesday so let’s see how far this takes us. I’ll be back to you next week!

Fun Fact of the Week: Sales Tax by State 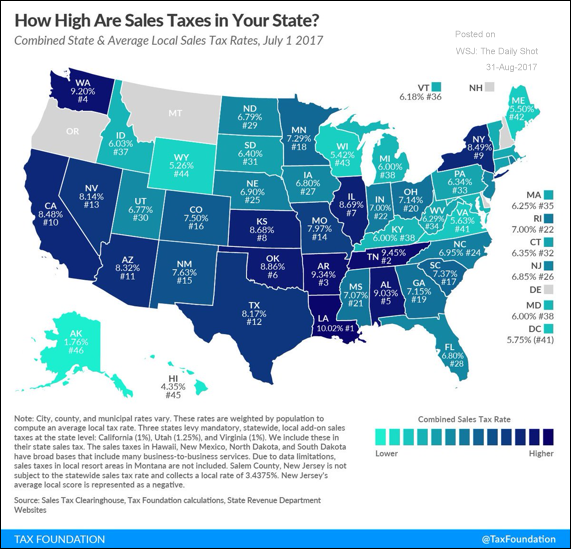 Nearly two decades before the storm’s historic assault on homes and businesses along the Gulf Coast of Texas this week, the National Wildlife Federation released a groundbreaking report about the United States government’s dysfunctional flood insurance program, demonstrating how it was making catastrophes worse by encouraging Americans to build and rebuild in flood-prone areas. The report, titled “Higher Ground,” crunched federal data to show that just 2% of the program’s insured properties were receiving 40% of its damage claims. The most egregious example was a home that had flooded 16 times in 18 years, netting its owners more than $800,000 even though it was valued at less than $115,000. Hurricane Harvey is not the first costly flood to hit Houston since that 1998 report.

In 2001, Tropical Storm Allison dumped more than two feet of rain on the city, causing about $5 billion in damages. Two relatively modest storms that hit Houston in 2015 and 2016—so small they didn’t get names—did so much property damage they made the list of the 15 highest-priced floods in U.S. history. But Houston’s low-lying flatlands keep booming, as sprawling subdivisions and parking lots pave over the wetlands and pastures that used to soak up the area’s excess rainfall, which is how Houston managed to host three “500-year floods” in the past three years. All enabled by the flood insurance program by the federal government as nobody builds on a flood plain without insurance.

But the climate is not changing fast enough to explain the dramatic spikes in disaster costs; all seven of the billion-dollar floods in American history have made landfall in the 21st century, and Harvey will be the eighth. Experts believe the main culprit is the explosive growth of low-lying riverine and coastal development, which has had the double effect of increasing floods (by replacing prairies and other natural sponges that hold water with pavement
that deflects water) while moving more property into the path of those floods. An investigation last year by ProPublica and the Texas Tribune found that theHouston area’s impervious surfaces increased by 25% from 1996 to 2011, as thousands of new homes were built around its bayous.

A recent Pew Foundation study found that the Higher Ground problems have not been solved; about 1% of insured properties have sustained repetitive losses, accounting for more than 25% of the nation’s flood claims. One $69,000 home in Mississippi flooded 34 times in 32 years, producing $663,000 in payouts. The government routinely dishes out more in claims than it takes in through premiums, and the program has gradually drifted deeper and deeper into debt. 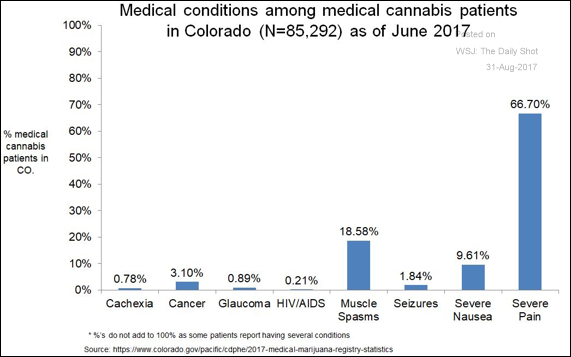