The market has had a nice run these past few weeks with a slow and steady move higher. The markets are digesting earnings as 84 of 500 S&P companies have reported aggregate EPS growth of +11.8% verses 2016. The earnings reports will get heavier over the next two weeks and the market will be looking for how companies guide on their earnings for the remainder of 2017. See chart below for the S&P 500 (I’ll have more charts next week):

I am more interested in how stock prices react to earnings, however. Last week, the banks released good earnings across the board but their stocks sold off in response. Not what you would expect unless the market was telling you they were fully priced or have few growth prospects in the near future. Banks benefit when the economy expands where they fund the growth through loans and gain interest income. Are bank stocks telling us that maybe that isn’t in the cards? No evidence of a slowdown in the economy but I want to see bank stocks start moving higher if we are to get good economic growth over the next 12-18 months.

We are also in record territory when it comes to market volatility. Friday’s volatility index closed at 9.36 which is the second lowest closing compared to 9.31 in 1993. I mention this because it is telling us that the market is complacent and overly optimistic that nothing bad will happen. Below is a chart from Elliott Wave International that measures optimism verses 2007: 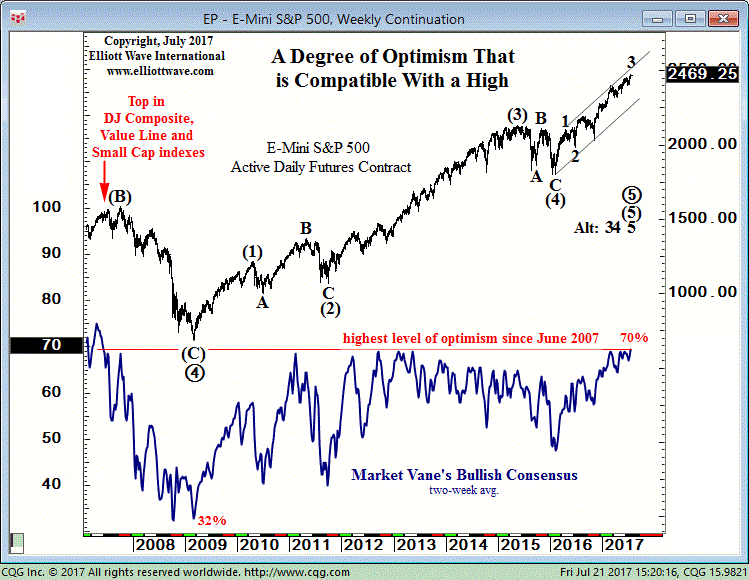