Its summertime and I know you are all busy playing golf, tennis, swimming, beaching or just relaxing and having an afternoon cocktail so I won’t take up a lot of your time, today. The stock market has looked good these past two weeks as we’ve showed signs of making new highs led by the technology sector. Seeing technology lead the way higher is what you want to see as it represents the growth engine of the economy. Below is a chart of the NASDAQ
which represents the technology sector: 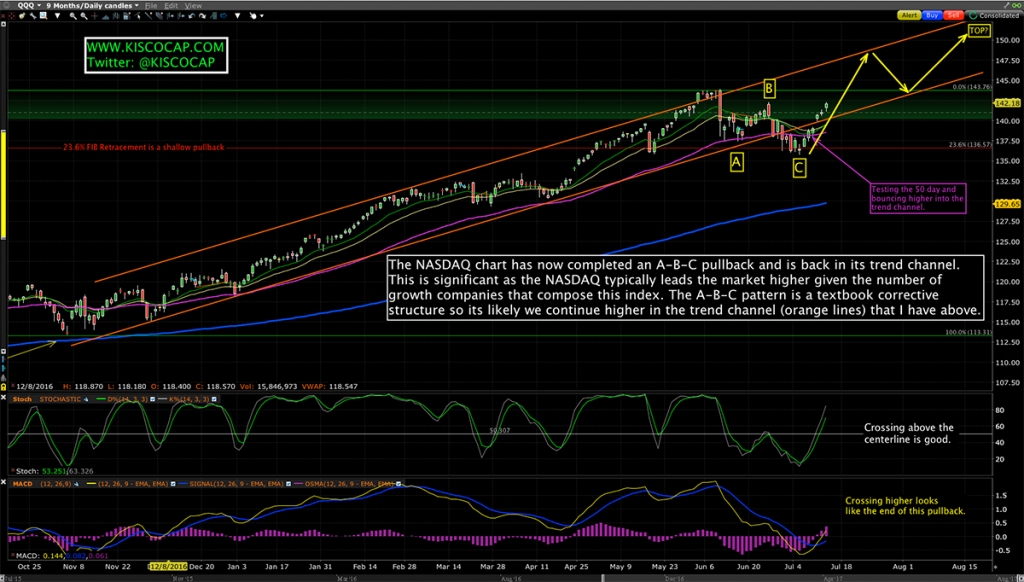 The other indices have largely followed as we approach the beginning of earnings season. On Friday, several of the large banking institutions released earnings which were largely good with no red flags. No credit concerns from the banks for now which is good to see as the second half of 2017 unfolds.

I think earnings will be good in the next few weeks with exceptions in energy and retail which are both under pressure. We will have to keep a close eye on these sectors as retail acts as an early warning sign for a recession and lower oil prices could impair spending and capital investment for the energy stocks.

Watch for new highs in the indices while you enjoy your Sunday fun-day but remember there is always a Monday morning. 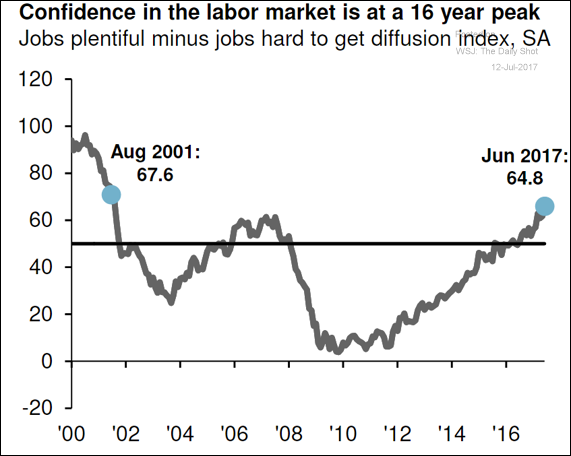