If you have been reading my posts these past few weeks you weren’t surprised by the breakdown in stocks on Wednesday. The technicals have been weak as fewer and fewer stocks have been responsible for pushing the broader indices higher and higher. We had a good snap-back on Friday as Wednesday’s pullback created a very oversold condition. So, what now?

One thing about this bounce was that it was accompanied by options expiration (OPEX) which occurs the third Friday of every month. OPEX always brings in buying – its a very technical short-term phenomena but it has consistently showed up over the last several years. So, was Friday a bottoming process or a short-term bounce induced by oversold conditions and OPEX technicals?

I titled last week’s article, “Waiting for Convergence” as the major indices were giving signals of varying strength which normally resolves itself in lower prices. Wednesday’s pullback helped that cause but it was not enough to align all the indices to get a clear message. A larger move to the downside would align the indices and give a cleaner signal of which direction this market will take us over the next several months. A move to new all-time highs across the four major indices would give the same signal, by the way.

And now we are on to Monday for the answer. For the bearish case to play out we will need a resumption of the selling early next week. We may begin to trend higher but the sentiment has to turn for the positive and that might be a lot to ask given how negative the political news cycle is dominating social media and the headlines. This cycle continued after the close on Friday with regards to the President and former FBI leader James Comey. So, the negativity may have got amped up after the nice recovery on Friday.

As I have cautioned in previous updates, the market is pricing in changes to tax policy and the healthcare system which now may be in jeopardy given the level of rhetoric coming from our political class. Will the Trump trade now be to the downside? Congress will need to get its policy changes organized in short order if there is hope of passage in 2017. Keep in mind that the stock market looks forward about six months so the effect of policy changes and their probability of being passed this year are what the market will wrestling with in the coming trading sessions. I think the answer comes this week. 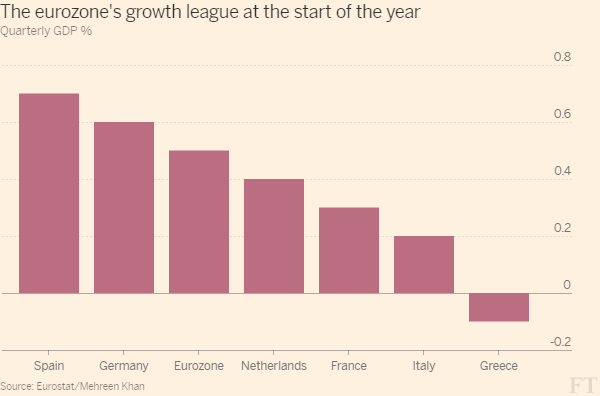