The rally since the Presidential election has finally started to show its age. Sentiment is at extreme highs and there are technical signals that a moderate correction is at hand. How much? We can look to the prior correction of 6% from last spring/summer that lasted about eight weeks as a proxy (more in the chart section below). Markets tend to correct when sentiment is at highs and we are certainly at that point according to the chart below. 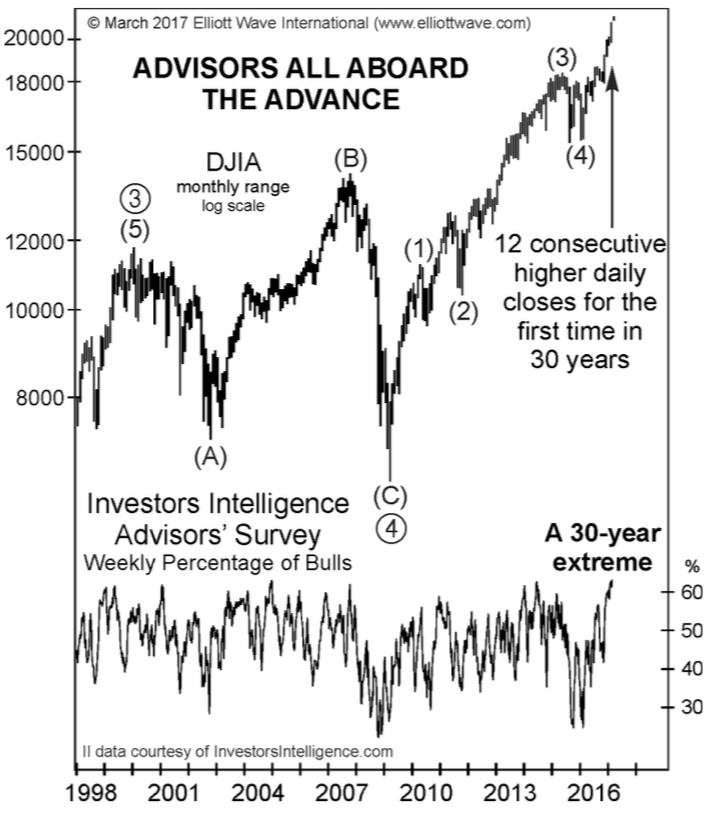 You may have read that the Dow has had several up days in a row which is highly unusual. In fact, the Dow had 12 consecutive days (2/9 thru 2/27) where it closed higher which is telling as this type of streak is not randomly distributed, according to the analysts at Elliott Wave International. In fact, there have been only two longer consecutive closing streaks in the index’s entire 121-year history: the first 13 days of January 1987 and a 14-day stretch in June 1897. These streaks are typically seen in the following circumstances:

This doesn’t indicate “The Big One” is about to happen but it is a sign that the rally is tired and a correction of some sort is needed to have a healthy advance for the remainder of 2017. I expect a new uptrend to be established after the next correction which should establish new highs and the potential for the bull market to end but that is a discussion for later in 2017. Until then, we take what the market gives us and for now that signal is a yellow light.

Volume and advance/decline measures show fewer stocks are pushing the broader indices higher. That means the recent advance higher is becoming more fragile. More evidence to the notion of a looming correction. Now on to a few charts (all comments in the charts): 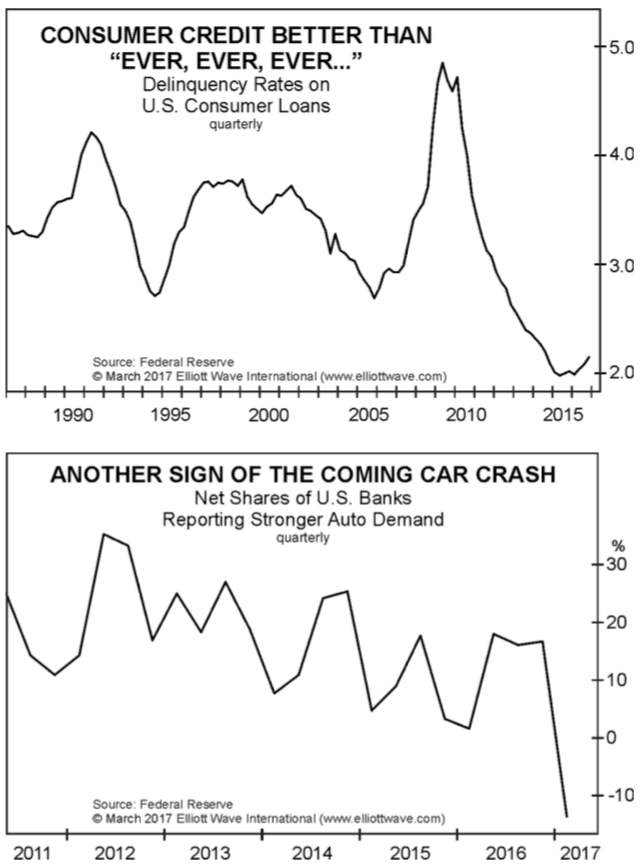